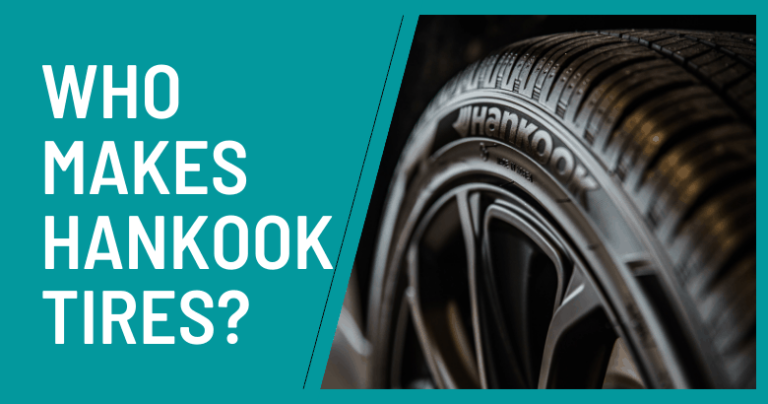 If you are into cars and prefer only the best car parts for your vehicle, you must have heard about the Hankook Tires. They are known for their supreme quality and excellent performance. But have you wondered who makes Hankook Tires? Which is the company which has changed the tire industry for the better?

This guide has every piece of information on who makes Hankook Tires.

The Foundation Of Hankook Tires

The foundation of this world-renowned tire brand was founded when Cho Hong-Je saw a dream. The dream was to manufacture world-class tires that could change the future of driving.

It was 1941 when the company was founded in Seoul, Korea, as Chosun Tire Company. The Korean War was raging, and the country was lacking the infrastructure for the tire and automobile industry to flourish.

But it was the vision and the faith that helped the team to cross every hurdle and become what it is today.

The Growth Of Hankook Tires Over The Years

It was in 1962 when the company made its first export to Pakistan. It took it twenty years to step outside Korea. The automobile industry was growing worldwide, and the tire industry had to step in to fulfill its needs. That is when Hankook Tires started growing.

The company’s strength was its technological skills and sound business principles, which led to its success. The Korean Government policy was aiming for development, which was in alignment with Hankook’s goals of technological investment to become a pioneer in the tire industry through its quality products.

In 1968, Chosun Tire Company changed its name to Hankook Tires. The literal meaning of the word Hankook is Korea; thus, it is also known as Korea Tire Company. The company progressed at a rapid speed then. In 1974, it became the first company to produce radial tires for passenger vehicles in Korea.

They also started producing tubeless and winter tires. From 110,000 tires a year, the production increased manifold. In 1975, the company signed a $13 million deal with the Iran Ministry of Roads and Transportation. In 1976, it stepped out of Korea and opened the first branch in Kuwait.

The Golden Era Of Hankook Tires

Hankook Tires is also known for its farsightedness and the ability to assess opportunities that changed the future of tires. The establishment of the Daejeon facility in Korea was evidence of the company’s innovative thinking.

The idea was to produce radial tires at a large scale as they were the future. Hankook Tires was the advocate of these tires because they are long-lasting and fuel-efficient. In 1979, the construction of the Daejeon facility was completed.

It commenced major exports to the United States and Europe and became the largest producer of tires worldwide. In 1980, the exports turnover from tire exceeded $100 million, which was beyond imagination.

In 1981, Hankook Tires opened its first branch in the United States. Till 1990, the company focused on becoming the best and entering the overseas market after gaining the required recognition.

The next ten years were the execution of this plan when Hankook Tires Company established technical centers in Japan, the United States, Germany, and China to expand its research base and reach the local markets.

It also entered the overseas equipment (OE) market, which was based on superior quality and tire technology that was from the future. Volkswagen was the first company to enter into a contract with Hankook for OE tires.

The twenty-first century came with its challenges and trends. The market was growing, and so was the demand, and Hankook Tires led from the front by expanding its global reach to fulfill the industry needs.

In 2001, it established the European Distribution Center to strengthen its roots in Europe. It also established a production plant in Hungary in 2006. It was titled the most technologically advanced production center in the world then.

The focus was to build brand value in the overseas market, and the slogan “Driving Emotion” hit the right chord with the consumers. The company started participating in major car race events and supplying its quality products to the competitors. Audi was the first to partner with Hankook Tires for OE tire supply in major events.

The key to the success of Hankook Tires has been the vision of its founder Cho Hong-Je, his ability to mold his dream into reality, the united efforts of the workforce, the researchers who believed in a better future and kept working on it, the continuous efforts to produce excellent quality products which paved the way for the future and a commitment towards society.

In 2006, Michelin bought a 6.24% stake in Hankook Tires and increased it to 9.98% later. The partnership was brief as Michelin sold its stake in the company in 2011 after eight years. Analysts called it an ineffective partnership.

Thus, Hankook is still owned by its founder family. Cho Yang-Rai is the Chairman of the company with the largest 15.99% stake. He is the son of Hankook Tires Founder Cho Hong-Je.

For eighty years, Hankook Tires have developed products that are synonymous with quality. Today, its production facilities are present in 16 countries and provide its superior products in over 180 countries.

Audi A4 Battery Location and How to Replace the Battery
What Does TLC Mean For Cars? (Explained!)
How Many Miles Will a Ford Explorer Last?
All You Need To Know About Power Steering Fluid Color