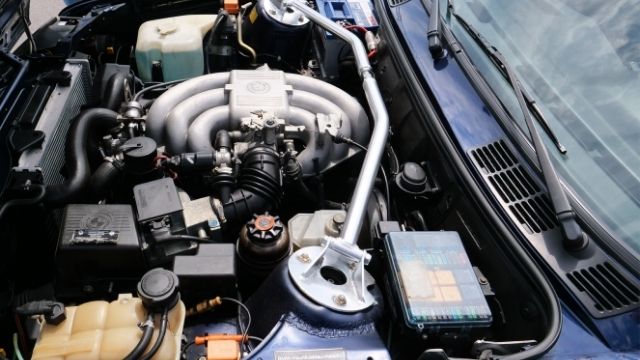 People do not know much about the fuse in the amplifier in a car and tend to ignore it. Indeed, the size of the fuse may not directly affect the quality of the system’s sound, and this is one of the less spoken components of the stereo systems in the car. Because people do not realize that.

Importance Of Fuse And Its Function In An Amp?

Although many people do not understand the significance of a fuse, it cannot be overlooked, and here are some things that you must know.

A fuse is crucial for electrical circuits as it protects the devices from sudden fluctuations in power from the source. We have fuse systems at homes that work like circuit breakers.

The fuse in an amp works on the same principle, and each manufacturer specifies a fuse that can break the circuit and stop power from reaching the amp if it can damage the same.

This is a crucial small piece that can save you tons of money and time spent installing the device in the car. This is even more important as most people replace the factory stereo with an expensive system and tune it well. Lack of a fuse or a wrong fuse may damage the system.

Install A Fuse Before The Amp

You must connect an inline fuse before the amplifier in the circuit for the new sound system for your car. The map may get damaged even before the installation is complete if there is an electrical fault in the earthing. The power wire may overheat and melt the plastic and lead to more damage to the car apart from the stereo system.

Thus, the fuse protects the speakers and the car from electrical power and fire. You must keep in mind that each fuse can work only once and has to be replaced. Some amplifiers may come with an inbuilt fuse, but it is still preferable to add an extra fuse outside the power source and the stereo.

Each fuse allows a certain amount of current to flow through it before it blows up or melts. This amperage is essential to know as it will help determine the rating of the fuse. It must ideally match the amplifier’s rating to prevent damage to the same.

A proper rating can protect the stereo against sudden surges and overheating. The factory car stereos come with a manual and description of the fuse installed or needed for the stereo. If you install a new system, you must also follow the manufacturer’s advice for the fuse rating. The internal amp fuse of 20 amp may be compatible with an inline fuse with 25-to-30-amp power resistance.

The Size Of The Fuse

Too small a fuse cannot protect the system even during normal operations. But if you add a big fuse, it can tolerate more power and allow it to go to the system, damaging it. The right size of the fuse is critical so that the circuit breaks at the right time and protects the system from fire.

Many people install more than one amp in their cars. You must combine their numbers to decide the size of the inline fuse. If the two amps have a 25-amp internal fuse, the external fuse must be more than 50 amps to protect the system.

Another example is that of a system with multiple amplifiers. If they do not have internal fuses, the professional sound system installers recommend using a fused distribution block. That will have the requisite system to protect all the amplifiers and their components against a surge in power.

There Are Different Types Of Fuses

You must not get confused between the different types of fuses available in the market as all of them cannot be used for the stereo system in the car.

An inline fuse is installed in the fuse holder and can be like a blade fuse. It is connected in line with the power line before the amplifier.

An in-line barrel fuse is another option, and it is also installed in the fuse holder in line. The name comes from the barrel-shaped plastic tube covering the fuse.

An automotive fuse is usually placed inside the amplifiers, and most of the amps come with such type of fuse pre-installed. These are similar to the fuses used in other circuits in the car and audio systems. These are small and flat, and you may have seen them in the head unit of the car systems’ head unit.

This information about different types of fuses is just an indication of availability. You must choose the right fuse depending on the size and the power resistance of the fuse. A very significant precaution is to use a bigger fuse than the recommended one.

A fuse for the amp may be at the lower end of priorities for many, but it is undoubtedly essential for the safety of the amplifier system and the car itself. Different types of fuses in different sizes and amperage are available.

Choose the fuse depending on the size and power of your amplifier. Manufacturers may provide an inbuilt fuse or specifications for the one you need for the system. It is a good idea to get a larger one with more power to withstand power fluctuations, as your system deserves that.