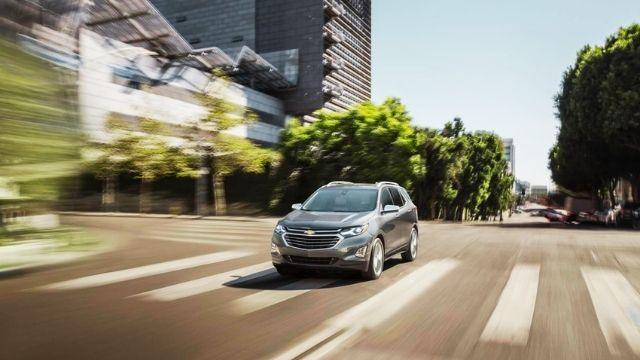 StabiliTrak is the term given by General Motors Corporation to the Electronic Stability Control (ESC) system, which allows your Chevrolet vehicle to respond quickly and accurately when it detects a loss of control in unfavorable driving conditions. Describe StabiliTrak and its function in detail. It is a device that directs power to the non-skid side of the vehicle to straighten its path while driving.

Regardless of whether driving on wet roads or in other less than ideal conditions, the system’s sensors can detect if a wheel is slipping and warn of it. When it detects slippage on one side, it activates the anti-lock brakes on that side. The StabiliTrak driver assistance system, which comes standard on all new Chevrolet vehicles, gives you more control and confidence on the road as you drive.

How Does StabiliTrak Work?

StabiliTrak is permanently activated (until it is manually turned off) unless it is deactivated. In this case, a microprocessor analyzes the sensor data and checks 25 times per second whether the driver’s movements behind the wheel match the actual movement of the vehicle. If the car starts to move in a direction different from that intended by the driver, the computer recognizes this as a serious circumstance and responds quickly, without the driver’s involvement.

The Electronic Stability Control (ESC) system harnesses the braking system, decelerating each wheel separately to maintain the stability of the vehicle’s path. Stability control is activated in response to this selective braking and produces the counter-force necessary to ensure that the vehicle obeys the driver. In addition, the system has the ability to interfere with the engine and reduce engine power. In this way, the vehicle is able to safely maintain the intended trajectory, as long as it stays within the limits of physics.

What are its Components?

The Stability Control is composed of the Electronic Control Unit (ECU), actuators located in the brake system and a group of sensors. The latter can be:

Once the StabiliTrak intervenes, the driver only has to mark the path to be followed so that the system detects it and correctly interprets the circumstances.

The StabiliTrak system is very important because it provides protection when driving is compromised by the loss of grip or tire slippage. This system corrects the car’s trajectory if it is not on the correct path, and also forces the vehicle to go in the direction that has been specified. Instead of performing a miracle, it follows the rules of physics to compensate for oversteer and understeer.

If you’re in a turn and you move the steering wheel to tell the vehicle to turn “that many” degrees, the car doesn’t turn as many degrees as you expected and turns less. The StabiliTrak system detects that the wheels are understeering in that situation. However, if the vehicle starts to turn more, the system detects that the driver is oversteering. At that precise moment, the Electronic Stability Control (ESC) will intervene to adjust the trajectory by selective braking of the wheels.

There is one fundamental fact that every driver should keep in mind: StabiliTrak will do everything in its power to steer the vehicle in the direction the driver desires.

Known as stability control, it is a system that is always on the lookout for opportunities to respond as quickly as possible. It does so in such a short period of time that it prevents accidents by responding even faster than a normal driver. This is why stability control has become a mandatory system, which should never be switched off for the safety of the driver and other drivers.