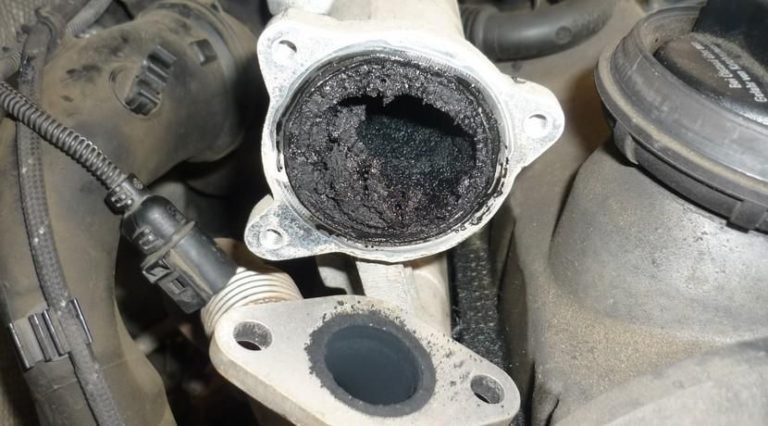 A driver needs to drive not only a well-maintained vehicle but also an eco-friendly one. To ensure both, one has to ascertain that the exhaust gas recirculation valve or EGR valve is fully functional and is working in sync with its EGR system.

If your vehicle’s EGR valve is damaged, then it is not fit for driving around town.

A damaged EGR valve can have adverse effects on your vehicle as well as your health. Not to mention, the harm it does to the environment is also significant.

Hence, all vehicle owners should be aware of the symptoms and the effects of a damaged EGR valve. This article aims to do the same for all.

What is an EGR valve?

An EGR valve is a device that opens and closes the exhaust gas recirculation (EGR) valve on an engine. It is usually controlled by an engine control unit (ECU).

An EGR valve may be referred to as a wastegate or bypass valve or boost controller or turbo timer.

What Does Egr Stand For?

Exhaust gas recirculation (EGR) is a system used on internal combustion engines that recirculates exhaust gases back into the intake manifold. It is an important part of modern engines and can help improve fuel efficiency and reduce emissions.

What Does An Egr Valve Do?

The Exhaust gas recirculation system is responsible for managing the chemical and thermal exhaust of your engine.

The EGR valve maintains your vehicle’s smooth operations while driving, especially for a longer period.

The EGR valve particularly controls the Nox or Nitrous Oxide emission. This helps your vehicle burn out the unused fuel efficiently by recirculation a portion of the exhaust. This way, it lowers the number of harmful emissions produced by your vehicle.

What Are The Symptoms Of A Failing Egr Valve?

A faulty EGR valve can cause problems such as disrupting the flow and function of the EGR system, resulting in performance issues such as decreased power, decreased acceleration, and decreased fuel economy. It can also result in increased emissions from the car.

The EGR valve can become stuck in the “open” or “closed” position due to the buildup of soot particles, carbon deposits, and dirt in the fuel.

Highway driving conditions are ideal for your EGR valve, as a longer, faster stroke can warm up the engine enough to remove carbon deposits.

On the other hand, urban driving characteristics can cause these deposits to build up.

EGR valve symptoms can vary, however, the following are the most common symptoms of a faulty EGR valve:

1. Your engine’s idle speed is erratic.

When the EGR is continuously engaged and a continuous flow of exhaust gas reaches the intake manifold, an unstable idle or fast stall (i.e., the engine speed is low when the engine is warming up) can occur.

2. Your vehicle is underperforming.

When the valve remains open, fuel usage increases. Because the temperature is low, the fuel will not burn at the proper temperature, resulting in low efficiency.

4. When your car is idling, it often stalls.

When the EGR valve is continuously open and exhaust gases are allowed to continuously enter the EGR system, the engine usually stalls at a rough idle.

5. Gasoline can be smelled.

Because not all gasoline burns at low speeds, if the exhaust gases continue to flow into the intake manifold, it is likely to smell like gasoline.

This means that the amount of hydrocarbon gas discharged from the exhaust pipe has increased greatly, causing the fuel odor.

If your vehicle identifies a problem with the EGR valve, the engine management light may stay on. This can occur if the EGR is constantly closed or open.

However, it is worth mentioning that the EGR valve usually begins to deteriorate before it breaks completely, and the engine management system may not identify it until it fails.

Therefore, it is important to pay attention to the other indications and symptoms described.

When your EGR valve is not working properly, it emits more pollutants. As mentioned above, if the valve is stuck in the open position, the temperature drops, preventing all the fuel from burning.

This increases the flow of unburned hydrocarbon gas emitted from the exhaust pipe.

In addition, if the valve is constantly closed, the high temperature in the combustion chamber will result in excess NOx gas generation.

8. The engine emits a knocking sound.

If the EGR is disconnected indefinitely, it can cause the engine to knock. This is because, at low speeds, the fuel can ignite prematurely when exposed to high temperatures.

The explosion is also quite frequent, as a second spark may occur after the first one.

1. EGR valve can cause a misfire

A faulty EGR valve can cause a misfire all too often. It is usually caused by clogged passages inside your car’s intake. It will also diminish your vehicle’s power output.

Let us suppose the EGR valve remains open throughout. The high proportion of exhaust gas decreases the amount of air drawn inside.

The control unit decreases the quantity of fuel injection hence the output of the engine. This all leads to a vehicle misfire when you’re driving.

A damaged EGR valve can cause a chain of adverse effects on other components of the vehicle.

Especially one might observe black or grey smoke coming out of the exhaust pipe. If left unchecked, this can result in your car’s intake getting damaged and also affecting its valves.

One of the most significant parts of the EGR system is the EGR solenoid. A faulty EGR valve can damage the EGR solenoid which can, in turn, cause performance issues for the engine.

The engine check light would turn on then, and then the engine might knock and ping.

When the EGR valve gets all knocked up, the EGR solenoid opens up, closing the connection between the intake manifold and the exhaust manifold.

What can cause an EGR valve to fail?

There can be multiple reasons for the EGR valve to fail while the vehicle is operating. They are mentioned briefly as follows.

Can a bad EGR valve cause a misfire?

Yes, it is possible for a faulty EGR valve to cause the engine to misfire from time to time if there is a vacuum leak in the engine.

This can result in intake manifold vacuum leaks, which can cause the engine to misfire from time to time.

Can a bad EGR valve cause overheating?

If you have ever asked yourself this question, the answer is most likely yes. Interestingly, this is one of the first signs of EGR failure.

The engine produces a large amount of heat as a result of the EGR restricting airflow through the cooler, causing it to overheat.

Can a bad EGR valve cause engine damage?

A clogged EGR valve can cause the vehicle’s air-fuel ratio to alter, causing the engine to overheat.

Is it dangerous to drive with a bad EGR valve?

Yes, it is. When the EGR valve opens, exhaust gases are reintroduced into the combustion chamber to cool it and reduce oxygen consumption.

If your EGR valve is broken, your emissions will increase, which can cause the engine to overheat and fail.

What happens when the EGR valve is stuck open?

In case your vehicle is subjected to a faulty EGR valve, the best thing to do right away is get it tended to. If it is beyond repair, then having it replaced is the only way out.

If it has affected more parts of your vehicle, then repairing costs will multiply.

Bear in mind that driving around with a damaged EGR valve can be catastrophic to both your vehicle and the environment.

Ensure that a correct diagnosis has been made on your vehicle’s EGR system before any replacement is made on it.