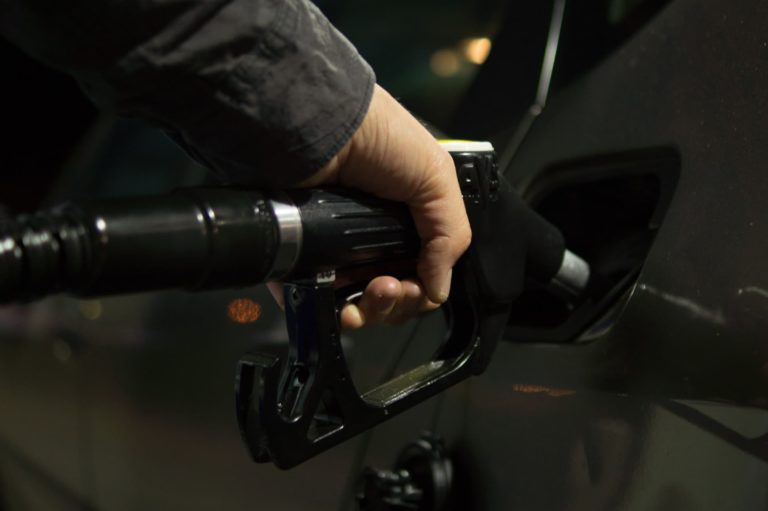 Gasoline is one of the fuels that has always been associated with a yellow or greenish color. However, in recent years things have changed and now we can find blue gasoline when refueling at some gas stations.

But then… What color is gasoline? Oil is not black? Why gasoline is not? Calm down! We know that the doubts are many, so let’s go by parts to answer your questions and clarify the main one about the color of gasoline.

Gasoline is a combination of several liquids, volatile and flammable hydrocarbons, i.e. organic compounds consisting only of carbon and hydrogen, obtained by fractional distillation of petroleum to which additives are added to improve its properties. It is widely used as a fuel in internal combustion engines.

Gasoline is obtained from petroleum. This is a mixture of various hydrocarbons, cycloalkanes, i.e. hydrocarbons linked in the form of rings and aromatic hydrocarbons. The vast majority of crude oil is subjected to fractional distillations from which fractions can be obtained according to their boiling points, such as asphalt, oils, gas oil, kerosene, gasoline, etc.

As the demand for gasoline is very high, new processes have had to be developed to satisfy it. Thus cracking appeared, which consists of converting hydrocarbons with longer chains, with few applications, into shorter ones such as gasoline, thanks to high temperatures and pressures. In 1937 catalysts began to be used to promote these reactions.

The most important characteristic of gasoline is its octane number. The higher the number of branched alkanes, the better the gasoline, and for this purpose it undergoes reforming at high pressures and with platinum catalysts.

This octane number is a measure of the anti-knock power of gasoline. If the gasoline ignites before the piston reaches the end of its stroke, detonations occur, which are harmful to the engine, and this is prevented by the presence of these branched hydrocarbons. In addition, some additives are usually added to improve this rate. Formerly they contained lead, but nowadays this type of additives are in disuse due to the environmental danger of lead, and anti-knock ethers are usually used.

Types of gasoline according to their octane rating

According to the octane rating, there are two types of gasoline widely used:

95-octane gasoline: contains little sulfur and is environmentally friendly. Its refinement makes it less aggressive for the engine and extends its useful life, also keeping the propellant-free of impurities.
98 octane gasoline: Contains less or no sulfur in its composition. It reduces consumption compared to other types of gasoline and is more favorable for the engine and the environment.

What color is gasoline?

Although oil is known as black gold, after the refining process, the end result is greenish or yellowish gasoline, depending on the eyes.

When talking about gasoline or diesel, if they are for vehicular use, the colors are usually the same, tending to that mixture of yellow and green. There is also no difference in color when using 95 or 98 gasoline, or if we talk about gasoline with ethanol, one of the most common additives in this fuel, or unleaded gasoline.

We could say that this is the color of gasoline in general terms, regardless of the octane rating of the gasoline, but it is true that nowadays green and blue are the main colors of this fuel. Yes, you read that right, we said blue.

What color is kerosene?

Kerosene is derived from the distillation of petroleum, of a bluish or yellowish transparent color, its intermediate state of density is between gasoline and diesel, it has a strong and flammable odor, used as fuel in engines and turbines, as a solvent, and for home heating, stoves, and domestic and industrial lamps, since it was used as night lighting in street lamps, it is a conductor of electricity by mechanized discharges, insoluble in water.

It is of varied uses and in spite of not being so clean, since it produces smoke and soot in addition to environmental contamination by the emissions that it gives off, it has good qualities for lubricants reducing the wear of pieces and mechanical parts as in pressure pumps, It is used as an insecticide and is economical in price and easy to obtain in the market. Due to its versatility, it is used both in heights in cold and low temperatures, in heavy machinery such as those used in agriculture, mining, refineries, in large vessels such as fishing boats and ships, cranes, and household appliances among others.

What Color Is Diesel Fuel?

It is a liquid hydrocarbon with a density of approximately 850 kg/m3 and is composed mainly of 75% saturated hydrocarbons or kerosenes and 25% aromatic hydrocarbons. The most common chemical formula is C12H26 (12 carbon atoms for 26 hydrogen atoms).

Meanwhile, diesel for the public is amber, while that for fishermen is blue. Super gasoline is green but is not sold “super” exempted for fishing.

What Color Is Biodiesel?

Measures to protect the environment are varied and one of them is the use of ecological fuels, which are intended to reduce the heat emissions produced by the combustion engines we use.

One of these is biodiesel. It is made from vegetable oils that can be used or unused. In the latter case, African palm, guerilla, canola, soybean, and Jatropha curcas (pine nut), and rapeseed or animal fats, which are cultivated for this purpose, are usually used.

Physically, it is a liquid that can have a color ranging from light to dark yellow, and is practically immiscible with water; in addition to having a viscosity similar to that of diesel obtained from petroleum, it can be mixed with petroleum in order to reduce pollution emissions from motor vehicles with diesel cycle engines.

What Color Is Petrol?

The color of oil varies from yellow to brownish red and black. By reflected light, crude oil is usually green, due to fluorescence; medium oils amber; heavier oils are dark. Generally, their hue darkens with increasing specific gravity, which increases with an increasing percentage of asphalt. Pure hydrocarbons are colorless, but they are often colored by oxidation, especially the unsaturated ones and those containing N, O, S, in addition to H and C.

How Many Spark Plugs Does a Diesel Have
Does Revving the Engine Charge the Battery Faster?
Lifted Jeep Commander [All You Need Know]
What Size Are License Plate Screws?