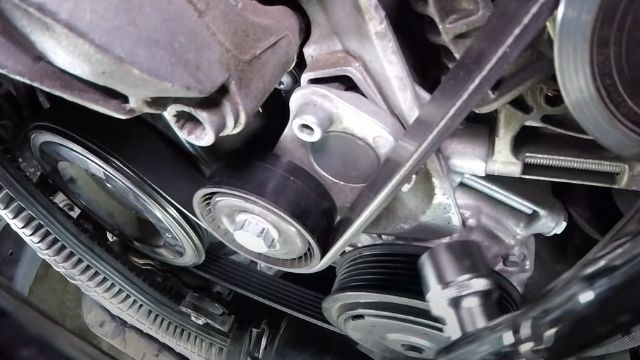 If you trust in your mechanic to handle the inner workings of your vehicle and you don’t know much about vehicle components, you might be curious when a mechanic suggests a serpentine belt replacement or a timing belt replacement.

These components of your vehicle handle different tasks but they are the two most commonly replaced belts on most vehicles today.

Understanding the difference and being able to diagnose a problem between the two will make sure that you are ready to work with your mechanic to maintain your vehicle and keep it operating safely.

What Is A Serpentine Belt?

The serpentine belt powers all of the accessories that are mounted off of the engine, such as the alternator, power steering pump, and air conditioning compressor.

What Is A Timing Belt?

A timing belt is a belt that connects the crankshaft to the camshaft. It ensures that the engine’s valves open and close at the correct time. The timing belt also keeps the pistons and crankshaft in sync.

What Is A Timing Chain?

Naturally, any part of your vehicle may be damaged by accident, but in general, a timing chain will last considerably longer. Rather than using cables or chains to operate the machine on a conventional automobile engine, many new cars use timing chains rather than timing belts.

How Do Both Belts Work?

The timing belt is powered by the motion of the crankshaft. It turns the camshaft, which opens and closes the valves in a timed fashion.

How To Fix A Serpentine Belt?

If your serpentine belt breaks or slips off of its pulleys,  it is usually best to go to a mechanic. To fix this belt you will often require a  special tool that is not commonly found in most homes. The tension tool is used to release the tension on the belt so that it can be removed or replaced.

How To Fix A Timing Belt?

If your timing belt breaks or slips off of its pulleys, it can result in serious engine damage. The procedure of changing the timing belts in your vehicle is considerably more complicated than replacing the serpentine belt.

The Cost Of Replacing A Timing Belt

The cost of replacing a timing belt can range from $300 to $600, depending on your mechanic and the make and model of your vehicle.

Because it can be a complicated job that requires proper setup of the belt after the repair, a timing belt is something to always let a mechanic attempt if you are inexperienced with car repairs.

The Cost Of Replacing A Serpentine Belt

The cost of replacing a serpentine belt can range from $25 to $75, depending on your mechanic and the make and model of your vehicle.

Serpentine belts are usually a beginner to intermediate task, so it’s something that you may be able to do yourself if you have some experience with car repairs.

Signs You Need To Replace A Timing Belt

1. You hear a ticking noise

A ticking noise coming from the engine is often an indication that the timing belt has worn down and needs to be replaced.

2. The engine is difficult to start

If the engine is having trouble turning over, it may be because the timing belt has broken or slipped off of its pulleys.

3. Oil leaking from the front side of your motor

If you are seeing a leak of oil coming from the front side of your engine, it is likely that the timing belt has failed.

4. Your car is overheating

If your car is overheating, it may be due to a failing timing belt. When the belt fails, it can cause the engine to run too hot.

5. Your engine is misfiring and you see a check engine light

When the engine is misfiring, it may be due to a bad timing belt. When the belt slips or breaks, it can cause the pistons and valves to collide and this will cause the check engine light to turn on.

Signs You Need To Replace A Serpentine Belt

If your serpentine belt is starting to show wear and tear, it’s important to replace it as soon as possible. Some common signs that a serpentine belt needs to be replaced include:

1. The belt is visibly starting to shred

If you are noticing signs of wear on the belt when you pop the hood, it may be time for you to replace it ahead of time.

2. The belt is making a squealing noise

If you are hearing a squealing noise every time you start your car, it’s likely that the serpentine belt needs to be replaced.

3. Your power steering is failing

If you are having trouble steering your car, it may be because the serpentine belt has broken or is starting to wear out.

4. Your car is blowing black smoke

If your car is blowing black smoke, it may be due to a failing serpentine belt. When the belt fails, it can cause the engine to run too rich and this will result in black smoke coming from the exhaust pipe.

If you need assistance with belt replacement or you have any other questions about vehicle belts, contact us today to learn more.