Save fuel with proper air conditioning in your car. Overcome auto mode 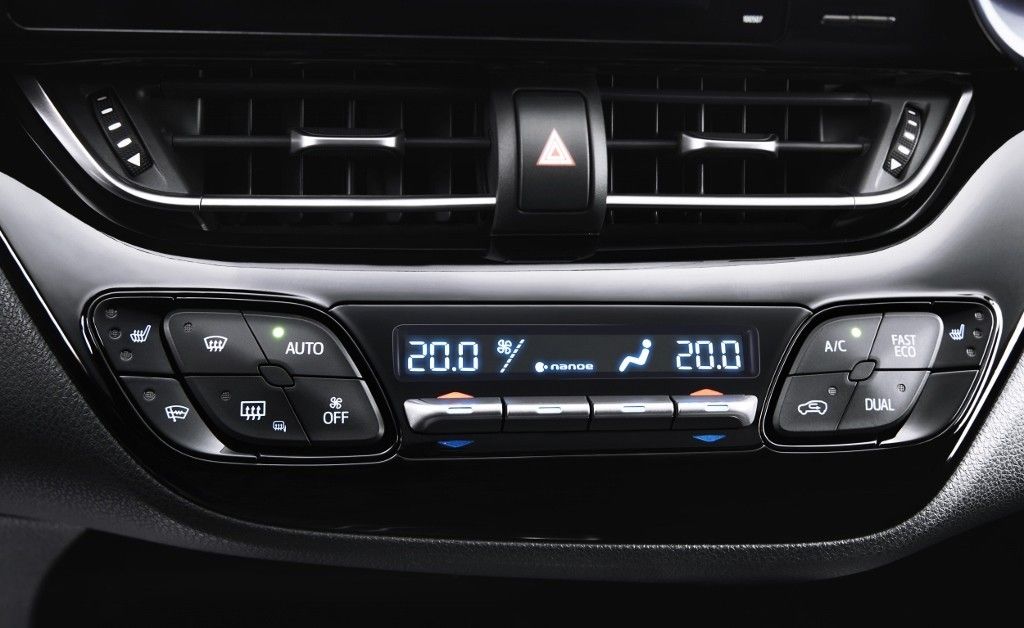 Keeping the interior of the car at an ideal temperature for driving always involves energy consumption , energy that is produced expressly or that is used by other systems, but in any case energy that is obtained from fuel consumption.

Therefore, based on the fact that energy expenditure is a toll that cannot be avoided, what we can do is optimize it , that is, achieve the desired objective while consuming the least amount of fuel possible.

Do you want hot or cold?

THE ENERGY EXPENDITURE TO REACH THE IDEAL TEMPERATURE IS INEVITABLE, BUT WE CAN ALWAYS OPTIMIZE IT

To obtain cold , the air conditioning compressor comes into play, which basically consists of a motor driven by a belt to the car engine and which logically needs its work with the consequent increase in fuel.

To obtain heat , heating uses part of the heat from the vehicle’s cooling system by channeling it into the interior of the car. In this case, the consumption is lower since the only motor that needs to be activated is that of the system fan. But for fans of warm driving, keep in mind that the car needs to reach an optimal operating temperature . Turning on the heater on a cold day as soon as you sit in the car will cause it to take longer to reach that ideal engine operating temperature.

In this sense, there are already systems such as the one that incorporates the Prius Plug-in hybrid that allow the heat input to be more immediate through an automatic air conditioner with a gas injection heat pump.

The clear thing is that in winter we need to heat the environment and in summer we seek to cool it using heating or air conditioning in each case. There is an element that manages both, to which we only have to tell what temperature the cabin should be at, it is the air conditioner , which is responsible for using one or the other so that we feel comfortable.

READ  Tire pressure: which one corresponds to your car

In summer, unlike the traditional air conditioning system that requires continuous compressor operation (unless the driver turns off the air), the air conditioner will turn the compressor on only when necessary.

This management is done automatically, but if we are able to do it ourselves, and do it efficiently, we can save a few euros in fuel .

The important role that the temperature at which we drive plays in our safety should not be overlooked. Just as in summer the heat produces stress, driving in cold makes our movements slow and imprecise.

AVOID DRIVING WITH TOO MUCH COAT GARMENTS, IT HURTS YOUR SAFETY AND LIMITS YOUR MOVEMENTS TOO MUCH

But be careful, the remedy is not going to be worse than the disease. In winter, when we get into the car, we don’t feel like taking off our coat, especially if it’s parked on the street. Driving too warm is dangerous , on the one hand it limits the driver’s movements a lot , and on the other hand, if the use of a seat belt is required due to a braking or an accident, it will cause him to act “deceived” due to the extra space that supposes the thickness of the coat, with the consequent danger for the driver that can collide with the steering wheel.

Also, if we have put the heating on, when it reaches service temperature and we feel heat, two situations can occur. One that the driver tries to remove his coat while on the move, and another that he stays with the coat and because of the heat, he rolls down the window to cool the atmosphere. Both are dangerous, and in the second case we will be wasting energy and wasting fuel unnecessarily.

From the first minute

Heating uses heat from the vehicle’s cooling system, therefore it will only work by releasing heat when the cooling circuit reaches a certain temperature . With the car just started in winter, it doesn’t matter if the climate control is set to 30 degrees or 20 degrees, the air that is going to come out is the one that is obtained from the outside, which will be cold. In this case, using the fan is also an unnecessary expense and we achieve the opposite effect to that desired.

We must prepare to avoid as much as possible the first impact of cold or heat when we get into the car. In summer, in a car that has been parked in the sun for hours without any type of sunshades and the steering wheel literally burns the hands, the most effective thing is to allow the car to ventilate before entering, opening doors and windows.

As much as in these situations we turn on the air conditioning, during the first minutes we will not notice it and we will be driving with the discomfort of the heat. Excessive temperature causes stress and reduces the ability to react and reflexes .

It is much more effective to lower the windows in many cases, for example on short urban journeys, and it also allows the air to be renewed from time to time . The increase in fuel from having the windows lowered is noticeable in road traffic as it affects more to the aerodynamics of the car. In the city, the impact on consumption is not significant.

For better air conditioning, it is convenient to distribute the air vents and not focus them directly on the body, although at first it may seem more effective. It is best to direct them towards the windshield so that it is later distributed throughout the cabin.

The cooling and heating system has a series of elements that must be maintained correctly, such as the cabin filter , the compressor or the air vents themselves that must be clear. Carrying the proper maintenance ensures its optimal operation and avoids energy losses.

The range of air conditioners ranges from those that only limit themselves to maintaining the set temperature, those that also control the air flow or even the outlets, to those that also have sensors that increase power depending on other factors such as, for example, being exposed to the sun.

In addition, more and more models have “two-zone” or “multi-zone” air conditioners, which allow the temperature to be regulated independently in the different areas of the car, thereby optimizing consumption.

Air conditioning systems in cars are not always well known by users, and ignorance causes them not to be used correctly or to get the most out of them. Spend a little time getting to know it, surely you can save a few euros on fuel.