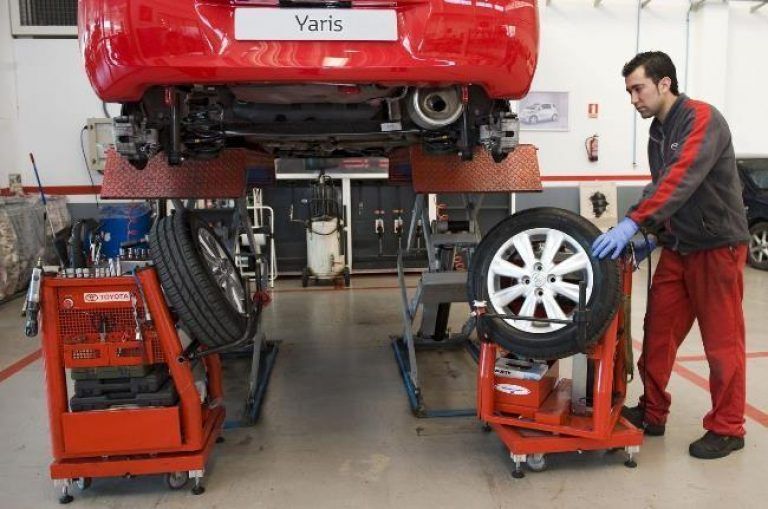 The breakdown of the car are a setback in any situation, but if we also realize that we have taken our action (or inaction), we’ll pull the hairs. They usually occur at the most inopportune moment, although if we are objective we will realize that the moment becomes the worst possible just because the car does not start.

Among all the breakdowns we can distinguish those that are caused by defects in materials or manufacturing defects (mostly covered by the car warranty ), and those caused by misuse of the vehicle , which are the majority. It is difficult for us to recognize that we do things wrong, but when there is a recent study that reveals that more than 60% of cars circulate with defects on our roads , we do something wrong. The most frequent breakdowns in the car … possibly you cause. As I said before, many of the breakdowns are due to improper use of the car. It is hard, but you have to admit it, and if not, let’s check it with the first of the most frequent breakdowns.

1.- Get on the curb as if it were the most natural thing in the world

This practice is more common than we may think. It occurs especially in people who are unconcerned about the integrity of their suspensions , and who do not like their car. If not, it is not explained how someone can have the idea of ​​riding the curb without shame, either with one, two or four wheels. We can damage a tire, a rim, suspension elements … This is something to avoid at all costs, and so is “leaning” or brushing against curbs when parking.

This is first cousin to riding curbs . In cities there are more and more props to control the speed of cars and motorcycles, and to break a spear in our favor, there are those that belong to their father and mother: all different. There are smooth, irregular, cobblestone and killer bumps, which are more than bumps with sloping curbs.

Be that as they may, if we pass slowly enough over them, we should not have problems or breakdowns, but since it is not very common to pass at 20 km / h, or 10 km / h if necessary, but many are undertaken as if we were fighting for the title in the Dakar, whatever happens. Due to confusion, because ” nothing happens, that’s why I have an SUV (sic) ” or because we have no idea, we can load a wheel, suspensions, break the defense (I’ve seen it live, I guess because of confusion) or something More serious.

Problems are avoided by braking before reaching the irregularity, not when we are on top. Brake enough, and goodbye problems.

Okay, one of lime, and one of sand. In the case of electrical problems we cannot blame ourselves for everything, but we do know that they are the most frequent breakdowns in cars. When something goes wrong, almost the first thing to check (unless it’s something like a broken window or a flat tire) is the electrical system. From a window regulator that does not work well, to a bad contact in the brake lights.

4.- The battery said that we have loaded up to here

What we can blame for lack of maintenance, or attention on our part, is the battery. Normally batteries reach the end of their life one day or another, and they do so because of pure wear and tear. You begin to notice that the lights dim when we start, for example. But one day, by “stretching” the battery, suddenly it no longer has a charge and we are stranded. The problem is avoided by checking the battery when we notice the first symptoms.

5.- An inopportune blowout (when are they not?)

You can call it a breakdown, although I’m not too convinced. Blowouts occur, in the vast majority of cases, because the tread said “this is where we’ve come for miles. ” The “slick” tires are more than desirable on the streets, just look a little at the cars parked on any street. We also find expired tires, but with the naked eye, it is difficult to see them.

Keeping your tires in good condition is crucial. It is repeated ad nauseam, but it does not set and the tires are still “the pupae” of the car: worn, with injuries, with broken pressures, … as long as they are inflated, it arrives! Well, no. Having careless tires can lead to a blowout (the breakdown itself) that leads to a more or less long list of breakdowns resulting from a collision. It is easily avoidable if we check them often, both visually and by checking and adjusting pressures.

6.- Problems with the gearbox

Although the causes can be multiple, such as failure of the parts due to wear, defects or time (the time we bought the car …), it is possible that the gearbox says “enough!” for a cause as seemingly silly (which it is) as leaving your hand on the knob for miles. The armrests were invented for a reason, so as not to have to rest the hand, no matter how soft it is, on the lever and, by extension, on the other mobile elements of our box. The repair is fat when this fails, and more if we talk about automatic (but in automatic cars I believe that nobody rests his hand on the lever).

7.- Bad smell in the air conditioning … or that it does not work

Sometimes, due to little use, the air conditioner or air conditioner stops working or works worse than it should. Other times it just expels a bad smell. Either way or it is for little use (if you don’t use it, it also spoils, didn’t you know?), Or because it’s time to refill the gas. Possibly, if it stops working or expels heat when you select cold (which happens, when? In summer!), You will have to change the compressor, and the joke will not be cheap.

8.- You do efficient driving that … wrong

Efficient driving is a very useful thing , and it really works if you do it right. If you do it wrong, what will happen is that the joke will be expensive. Always driving at very low revs (and when I say very low, I mean slightly more than idle) is going to destroy your engine, or parts of it. It is not natural, as it is not natural to start using idle, neither forward nor reverse.

Too low revolutions imply high vibrations , insufficient power and force too many parts, apart from accumulating carbon in different places, such as the EGR valve , the catalyst or the particle filter. For older cars, these vibrations and abuse will be like giving them the last straw and sending them directly to the scrapyard.

9.- Your oil is not even good for frying

Stretching the oil change to unsuspected limits to save a few euros is synonymous with slowly poisoning the engine and making it last one day. The oil engine lost its properties through use, and that translates into oil changes every few thousand kilometers, or every year.

Although it may seem like a strategy to sell more oil, let’s think there are 365  days of use (or no use) in which the engine oil (which is not just oil, as it also has additives) progressively loses its essential lubricating properties.

If the oil does not lubricate, the engine does not hold; If you have too many impurities because you cannot dissolve them well, the filter clogs. Be that as it may, avoid any evil by changing the oil when it plays.

Tire pressure: which one corresponds to your car
Stuck in the mud? How to get the car out of a quagmire
All About Brakes - Troubleshooting
The car is leaking oil, what can I do?