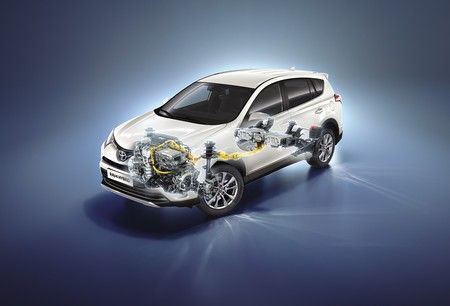 Anyone considering the possibility of buying an SUV (acronym for the English name Sport Utility Vehicle), a very fashionable vehicle due to its attractive appearance, versatile interior and power, the question arises whether to equip it with all-wheel drive or 4×2. If we opt for the integral, it is important to know where it is most effective , as well as the false myths that surround this system.

Beyond the very mobility that SUVs present when driving on stony roads, with certain irregularities, all-wheel drive has its logic when controlling the vehicle in certain situations such as on roads that present ice, snow, or simply that are dirty.

Almost as old as motorsport is the world of 4×4 or all-wheel drive cars, whose origin responds to the need for cross-country mobility to carry out agricultural, forestry or military tasks, among others. From those vehicles derived a few years ago what we know today as SUVs or SUVs.

Is all-wheel drive so necessary?

But what is all-wheel drive and what is its purpose? We could say that it is a plus in safety, very useful in very specific situations, that it will never make the vehicle worse, in any case it changes its approach and its behavior. On the other hand, all- wheel drive systems are intended to transform the energy of the motor into the vehicle’s movement .

A priori the advantages of all-wheel drive seem clear and are based on the safety that provides the greatest traction power , which means that all the wheels can transmit the same power at the same time. This greater security to which we refer becomes more evident as the road on which you are driving becomes more slippery. So when we drive on an icy, snowy road or on a forest track, this traction offers better capacity both for starting from a standstill and for overcoming an inclined section than a 4×2 , since the latter tends more to slide when the firm has less adherence.

Although not all of them are advantages in this type of traction, it also has its weakest points such as having a greater number of mechanical parts that affect the greater weight of the vehicle. Parts that are moved by the engine, which means greater friction and effort. All of this leads to higher consumption .

The false myths of the all-wheel drive

Apart from the advantages or disadvantages that an all-wheel drive system may have a priori, there are those false urban myths that we have ever heard and that do not correspond to reality .

The first is that it increases adherence . Nothing is further from reality, since this depends on the friction coefficient of each tire and the surface on which it rolls, multiplying in this way by the force of the weight that falls on each tire. Faced with a road with the presence of ice on the road, a car with all-wheel drive does not have to have more grip than one with single-axle drive. It is true that it is easier for you to function simply by transmitting less power to the ground .

It is also not true that with all-wheel drive the car goes faster through the curves , since it has a greater grip. In this case, the truth is that a car with all-wheel drive has a worse cornering, as it has more weight and, as a consequence, with greater inertia. However, it has the great advantage that it has greater traction at the exit of the curve, which allows you to accelerate earlier and distribute more power to the asphalt between each wheel.

Finally, it is false that with a traction car it dispenses with the use of chains on a snowy road but must carry them on both trains. We could also avoid the same with M + S (winter) tires, which offer the ideal grip in these types of environments.

In any case, a vehicle with one-axle drive and winter tires is safer than one with all-wheel drive and summer tires.

Among the different all-wheel drive systems, the one presented by hybrids draws attention, which resort to an ideal technical solution for this type of vehicle, since they use the front wheels to send the force of the combustion engine and the rear wheels carry out this task with the electric motor.

In this case, SUVs such as the RAV4 hybrid 4×4 are favored by this system designed to transmit the torque of both propulsion modes. In addition, it can advance in low-grip situations in a similar way as its range brother would do the RAV4 150 (gasoline) equipped with permanent all-wheel drive.

The all-wheel-drive model with a combustion engine such as the Toyota RAV4 150 4×4 incorporates a permanent all-wheel-drive system, which distributes the force equally to all four wheels. It is therefore a type of traction widely used in passenger cars that circulate on asphalt and that sends the movement from the gearbox to the central differential to transmit it from here to each of the wheels, allowing it to circulate calmly on any surface. An advantage over the connectable 4WD all-wheel drive, which can only be engaged on difficult and firm terrain with low grip, lacking a center differential.