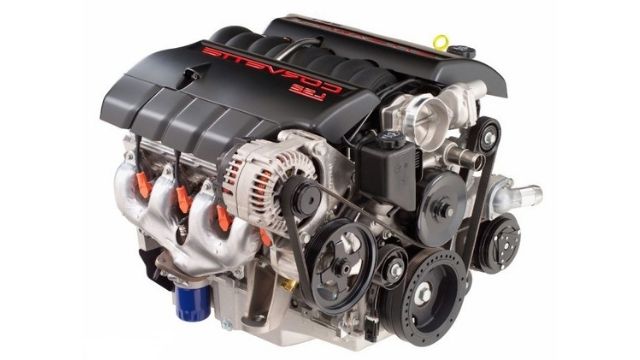 Without the engine, cars can’t work. However, there might be times where you don’t know which engine to choose.

We bring you the main differences between an LS3 and LS7 engine, and at the end of the article, we hope you make the right decision thanks to our advice.

First, we have to talk individually about both engines. Let’s start with the LS3 engine.

This is a 4th generation engine, and it was designed by General Motors. It was launched back in 2008 as the main engine for the Corvette models. Also, it is a remanufactured model, which is used in many Chevrolet supercars due to its outstanding performance.

It also features an aluminum block similar to the ones that were utilized in the LS2, but there is a variance, and the LS3 engines come with a longer bore, meaning that its displacement is better.

Moreover, these engines feature a thicker casting, which can improve their durability. Since it was released, the LS3 engine comes with a displacement of 6-2 liters, and it relies on a sequential fuel injection mechanism.

Back in the day, the LS3 had a horsepower of 430, and a total of 424 pounds per foot. Those values are potent, and they explain the excellent performance of every vehicle that used these engines.

Nonetheless, plenty of car manufacturers decided to modify the original characteristics of the engines, and they gave it a power boost. Nowadays, you can find LS3 models that have the horsepower of a superior engine.

Now it’s time to talk about the LS7 engines. It presents wonderful handmade components, and it first debuted in 2006. Like the LS3 engine, this 4th generation engine is an update from the LS2 versions.

They have an aluminum block of 4.125 inches, and by the use of aluminum and cast steel, their lightweight build and durability are quite remarkable.

Many drivers say that the LS7 engine is a very powerful model, and it could be due to its 505-horsepower and 474-pounds per foot. Furthermore, it uses racing-derived cylinder heads, and they improve the airflow.

Additionally, the LS7 is brilliant when it comes to consuming oil, and this is possible thanks to the dry-sump oiling system.

The next part of our debate is the comparison between the two engines. Let’s see the main components:

Both engines were developed by General Motors, which is a company that it’s known for making excellent parts. We can confirm that the two engines are better than most variations when talking about reliability. They are not very heavy due to their aluminum components.

While they can be very similar, the LS7 engine has an improved edge when it comes to power. A powerful engine is a key element when you want to choose a model, so we have to give this one to the LS7.

Performance is also important when choosing an engine. The LS3 engine presents a displacement of 6.2 liters, while its horsepower is 430 and its torque has 424-pounds per foot.

After the modifications, the horsepower can go up to 436-horsepower, and there is a chance of going higher with the help of a supercharger. On the other side, the LS7 comes with a 7-liter displacement, while its horsepower is 505, and with the right mod, it can go up to 570.

While many car owners may want to choose the cheapest component, this isn’t always the case. An LS3 engine can vary from $7.000 to $13.000 depending on the dealer that is selling them.

On the contrary, the LS7 engine price can range from $14.000 to $17.000. It is higher than the LS3 engine and with good reasons. The LS7 engines have impressive specs and surprising performance.

Also, it is relatively robust, which is enough to improve both muscle and power.

You definitely need to choose the LS7 if you want a higher power. You can improve this characteristic with the right components. Meanwhile, the LS3 is great in power as well, but it’s not the right choice for someone who is looking for efficiency.

Lastly, when looking at the best LS model, we can say that the LS7 is worth the price. You won’t regret picking the LS7 engine, and your car will turn into a professional vehicle.

Is the 5.7 Hemi a Good Engine?
How Long Do Shocks Last?
Easiest Cars to Work On
6 Most Common Automatic Transmission Problems