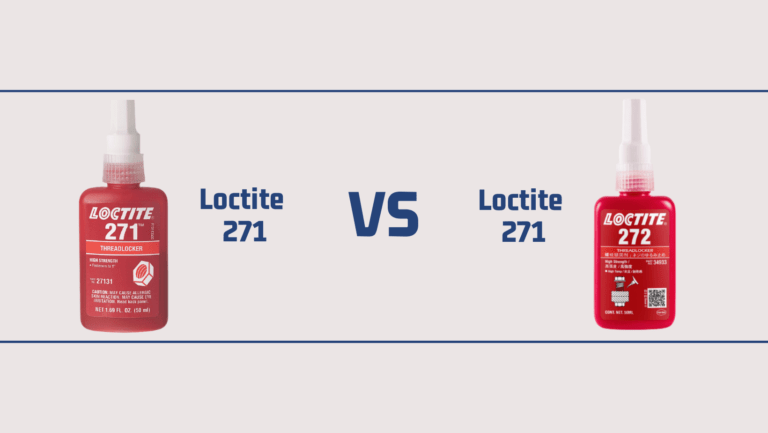 The threadlocker is an optimal solution for securing bolted joints. Bolted or removable joints are a universally used fastening system for an infinite number of assemblies, both in the industrial sector in general and in the automotive sector in particular. A bolted joint is made up of two basic elements, a bolt or stud, and a nut or threaded hole, which is joined together thanks to the specific carving performed on them.

Bolted joints are present in countless objects, machines, and vehicles. This type of joint has a number of disadvantages that cause the fastening to fail over time. when subjected to stress, vibrations, impacts, loads, and/or thermal expansion. These factors cause loss of clamping force and self-loosening, which can seriously compromise the assembly in question. Therefore, to avoid this serious drawback, it is essential to use a fastener fixative such as LOCTITE 271 or LOCTITE 272 as a sealing element for the assembly.

Bolted joints are a widely used joining system in vehicle assembly, especially in the fastening of mechanical elements and articulated bodywork components. A bolted joint has as main elements two threaded parts (one with male thread and the other with female thread). However, the threaded joint can only maintain its fixation over time when auxiliary elements such as a washer and/or a threadlocker are inserted.

A threadlocker is required to ensure the durability of the joints for as long as possible and to offer high thermal and mechanical resistance. But beyond that, today’s society demands products that are increasingly respectful of the environment and people’s health. That is why some manufacturers market products, such as LOCTITE 271 and LOCTITE 272, which, in addition to guaranteeing the durability and effectiveness of the joints, stand out for being free of substances that are harmful to health in their composition.

These products are usually classified according to their resistance (low, medium, or high, depending on the force required for disassembly) or their viscosity, and are particularly effective in preventing relaxation and self-loosening of threads.

Liquid threadlockers, such as LOCTITE 271 and LOCTITE 272, increase the strength and durability of the joints and reproduce the factory fastening. In addition, if there is one thing that makes these two products stand out, it is that they are completely safe for the operator. Proof of this is that they do not include any type of danger symbol or warning or safety instructions. These two fasteners are free of toxic products, environmentally friendly and their use does not pose any health risk.

The properties and performance of Loctite 271 and 272, despite the fact that they are both parts of the same series, are vastly different.

Loctite 271 has a lower overall thermal stability than Loctite 272, which is a disadvantage. It is capable of withstanding temperatures up to 300 degrees Fahrenheit at its peak. A consequence of this is that it becomes ineffective when exposed to high temperatures, making it unsuitable for use in high-temperature environments.

Due to its lower viscosity and smaller bond size, Loctite 271 has a shorter bonding time than other adhesives. In other words, it takes only 15 to 20 minutes to fully resolve. As a result, after you’ve tuned up your vehicle’s bolts and screws, you won’t have to wait long. However, Loctite 272 requires a much longer cure time, ranging from 50 minutes to a full hour, to fully cure.

How To Remove Loctite

Loctite is a registered trademark of adhesives and threadlockers used to secure bolts and screws in their respective positions. They prevent joints from shaking and loosening during strenuous exercise or while under pressure. Due to the nature of the glue, removing Loctite brand adhesives can be very difficult if the correct removal methods are not followed.

271 and 272 are two of the strongest threadlockers available on the market and are the best choices for heavy-duty automotive applications.

In terms of thermal stability and fastener sizes that can be accommodated, Loctite 272 is an excellent product. This indicates that it is the strongest glue available on the market.

How Long Do Ford Fusions Last
Can Check Engine Light Turn Itself Off?
Who makes ACHILLES Tires? [Achilles Tires Review]
Code U0101 - Lost Communication with TCM