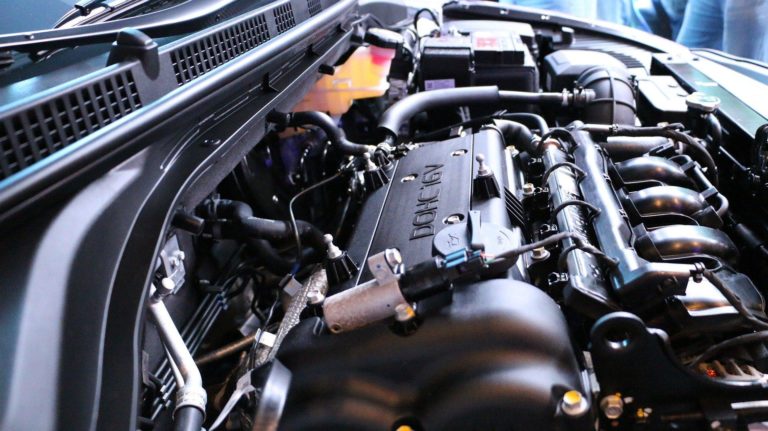 High-quality battery chargers include several safety features that prevent the battery from overcharging, as well as provide information on the battery’s status and condition.

Safety features include a voltage regulator, an LED light, and an automatic shutoff feature.

An overcharged battery can be dangerous because it risks exploding.

The battery charger’s indicators will inform you when the battery is fully charged.

In addition to allowing you to adjust the battery charging time, it is necessary to know how to read the ammeter of a battery charger.

Does Revving the Engine Charge the Battery Faster?

How To Connect A Battery Charger

Now we are going to show you how to use a battery charger.

Use a mixture of baking soda and water to clean the corrosion present in the terminals and to cancel the sulfuric acid that can be poured.

To apply the mixture, you can use an old toothbrush. You can also remove mild corrosion with a wire brush. Any hardware store sells round wire brushes.

Pour enough distilled water to achieve the fill level in every cell of the battery.

By pouring water into the battery cells, hydrogen gas is mitigated. Do not use tap water, as it will eventually damage the battery.

Place the charger as far away as the cables will allow.

This will reduce the chance of damage to the unit from sulfuric acid vapor in the air.

Never place the charger directly above or below the battery.

Set the charger to the proper voltage.

Only if the charger requires it. There are intelligent chargers that do not need this manual intervention since they detect the state of the battery and they are adapting to every moment.

Check both your charger and battery manual to identify the charging method and/or battery input voltage if your charger requires configuration.

Connect a charger clamp to the positive port of the battery.

This step is the same whether or not you remove the battery from the car.

Connect the second charger clamp to the ground port.

There are 2 different cases for connecting the clamp to the ground.

If you have not removed the battery from the car, connect the ground wire of the charger to a thick metal part of the engine or the chassis.

This will prevent the creation of arcs on the battery terminal and thus avoid the danger of explosion.

If you have removed the battery from the car, you must connect it to the ground port with a jumper cable or an insulating battery cable that is at least twenty-four inches (sixty cm) long.

Then, connect the charger clamp for the ground port to this cable. This will increase the safety of the battery charging.

Connect the charger to an electrical outlet.

The charger must have a grounded plug (a 3-prong plug) and must be plugged into a grounded outlet. Avoid using an adapter.

The best way to know this is to leave it on for the recommended charging time or watch the indicator on your charger to see if it is fully charged.

How To Read A Battery Charger Amp Meter

Ammeters, also known as ammeters, measure amperage, or the power of electrical current in amperes.

As such, these meters essentially act as “flow meters,” reading the battery current of the electrical system under normal conditions.

Automotive ammeters measure the alternator output used by the battery through the heavy gauge wire defeated under the dash.

If the system alternator fails, the ammeter also measures the battery discharge. For safety reasons, the current rating of the ammeter must be greater than the maximum alternator output.

As shown in the figure above, the bottom part, where the small cubes are shown, indicates how much ampere flows between the charger and the battery, this ranges from zero to twelve.

In the Percent Charged row, the needle indicates the percentage of the battery.

For example, in the picture above the needle is close to 60%, which indicates that the battery is 60% charged.

The needle should be moving to the left, approaching 100% charge, at or near zero amperes.

The small red triangle goes from 0 to 2 amps, this indicates the amps flowing in a 2 amp configuration.

The large red triangle shows the number of amps flowing from the charger to the battery.

As the battery load increases, the flow rate decreases, moving to the left side and into the green area, indicating when the battery is charged, which is about 6 amps.

If all this is complicated, here’s a little analogy.

Imagine you have two buckets connected by a hose. Your charger is a bucket full of water, your battery is the other half of the full bucket and the hose is your cable.

The goal is to get the water from the charger tank to the battery tank.

You can use a large hose to do this (10 amp charge rate), but you risk splashing water everywhere, or use a smaller diameter hose to slowly fill the bucket, but it is more controlled (2 amp charge rate) and will not spill or spill any water.

What should a battery charger read when fully charged?

If the needle is around 6 amps at a load setting of 12 amps, this indicates that the battery is fully charged.

If you use a 2 amp setting, the needle will settle at the end of the small red triangle.

How long does it take to charge a car battery with a 6 amp charger?

The average car battery has a capacity of 48 amps per hour (the amount of current a source can provide in one hour), which means that fully charged, it provides 1 amp for 48 hours, 2 amps for 24 hours, 12 amps for 6 hours and so on progressively.

A charger charges on average about 6 amps, so it takes about 12 to 13 hours to provide the 48 amps needed to fully charge a battery.

What Should A 12 Volt Battery Read When Fully Charged?

If your battery is fully charged, you should see a voltage reading between 12.6 and 12.8 volts on the battery meter signal.

Final Thoughts – How To Read A Battery Charger Amp Meter

Such a sophisticated battery charger will not only simplify the process of measuring amps or volts but will also prevent your battery from overcharging. As a result, if your battery is overcharged, it will be protected from any damage.

I hope my article on how to read a battery charger ammeter has helped make your life a little easier.

2 thoughts on “How To Read A Battery Charger Amp Meter”