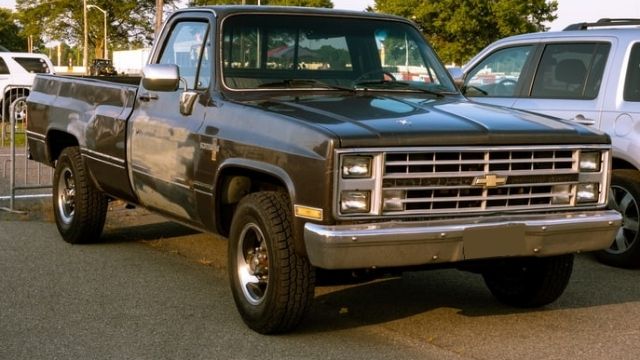 A broken hood latch won’t be hard to repair, but unless you are constantly checking fluid levels, chances are that you will only notice it’s broken if engine problems begin to occur.

Being unable to get access to the engine bay could cause you trouble and create unnecessary expenses of having to call on-road help or even a towing service. If you want to learn how to pen a Chevy truck hood from the outside, this is the article for you.

On the other hand, you need to know the most common reasons as to why these truck hoods close suddenly.

Why Does A Chevy Truck Hood Close Suddenly?

If your Chevy Truck hood doesn’t close, it could be due to several reasons, such as:

Latch assembly could have an internal failure. A good way to fix it would be to replace the whole latch assembly.

When the striker is misaligned, it could cause the latch to miss the striker, and the result will be a closing truck issue. You could loosen the striker’s bolts and then re-align to solve the issue.

Due to a collision, the metal holding the striker may have moved out of place, as a result, the latch won’t match the striker. What you can do is to have the metal repaired and re-align the striker.

Sometimes due to latch vibration, age, and corrosion, the release lever could start malfunctioning. It could even break and result in the truck not opening. The solution is to replace the whole latch assembly.

Due to a damaged plastic retainer, a cable misalignment will become a problem, and it will prevent a proper directional pull to release the lever. You will have to replace the release cable.

A damaged electric latch release could also result in the truck not opening appropriately.

First, you need to make sure the truck is aligned correctly. Try checking voltage from the connectors. If no 12 volts are identified while you press the release switch, there could be an issue with the wiring.

Furthermore, if there are 12 volts while you press the switch, the problem could be the latch solenoid. If the problem is the solenoid release switch, you will have to replace the entire truck latch assembly.

Meanwhile, if the problem is the fuse’s wiring, replace the fuse or rewire.

What To Do To Open A Chevy Truck Hood From The Outside?

This particular lock mechanism needs to be strong to be able to keep the hood from opening while driving at high speeds, but it’s only designed to resist upwards motion.

When you pull on the hood release cable, the only resistance you have to face is a small spring. If the cable placed inside the cabin works correctly but the grill cable doesn’t or it’s missing, use the following steps to open the hood. All you need is a flathead screwdriver:

You can find it underneath the steering wheel, on the left interior wall or right next to the driver’s seat. It’s a mechanical system designed to last indefinitely, but it can break off, and it won’t be easy to open the hood.

To open the hood when your release lever is broken, you need to do the following:

Other drivers prefer replacing the lever, but this is not a job for everyone because you will have to remove the dashboard underside. We recommend you leave this task to a professional who can put everything back where it belongs.

When the cable is broken, the release lever won’t have enough tension and it’s going to get stuck. In that case:

We strongly suggest trying one of the methods to open the hood from the outside, because it will help you save tons of money. However, if at any point you feel like you can’t do it, it’s better to leave it to a professional instead of stressing over the problem.

All you have to do is follow the steps patiently to open the Chevy Truck Hood without having to enter the vehicle. We hope you like this article, and that you don’t have issues with your Chevy Truck hood from now on.