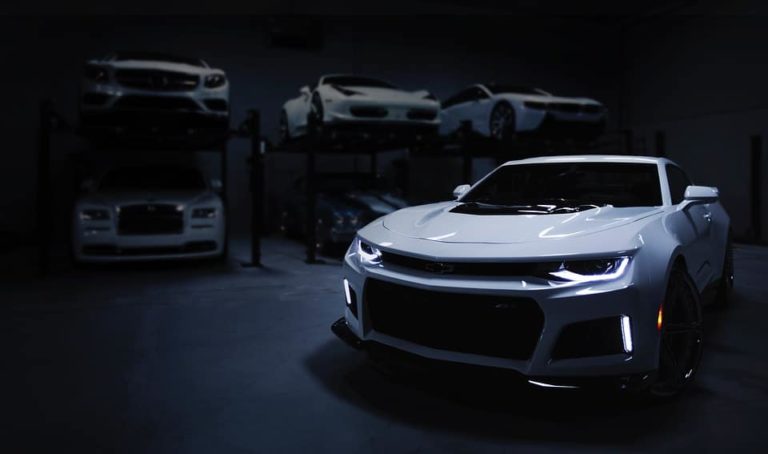 While no automaker has explicitly mentioned manufacturing a car’s exact cost, there has been a significant curiosity about this mysterious figure. If you are one of these curious individuals, you have come to the right place!

How much does it cost to make a car? in this article, we will provide an estimated breakdown of the various factors that influence the cost of making a car.

In this way, you will finally gain some clarity regarding the question of ‘how much does it cost to manufacture a car?’.

How Much Does It Cost To Make A Car

However, there are two types of prices associated with each car: fixed costs and variable costs.

Manufacturing any kind of model requires a significant amount of research and development.

Other costs include maintaining infrastructure, facilities, prototypes, salaries of the workers, paying suppliers, and other such costs.

These expenses fall under the domain of fixed costs as they are inevitable and do not change regardless of the model of the car.

Additionally, sending the decided prototype into production will increase this expense.

These essentially include all the required expenses during the production of the model.

These are inclusive of the expense of raw materials, utilities in factories, maintenance of factories, labor, and other such factors that vary depending on the make, brand, and investment.

This figure will be dependent on the number of units scheduled to manufacture.

Factors Influencing The Manufacture Of A Car

While a rough breakdown of all the expenses provides better insight, the cost of manufacturing a car is still obscured by the auto industry.

However, let’s take a look at the components contributing to the overall expenses of making a car.

Auto parts used to manufacture the final product are the most expensive part of the process of making a car.

These are essential as each part contributes to the functional experience of the car. The cost of raw materials also determines the cost of the final product to some extent.

Shipping tons of auto parts and raw materials from one manufacturer to another can make up a good chunk of the costs.

Packaging the various components required for manufacturing a car can lead to hefty expenses.

Research and development before a final model is determined is also an expensive process.

Planning the structure of the car can be tedious and time-consuming, thereby demanding more investment.

It is important as it helps the manufacturer decide the intricate details of the model he wishes to build.

These costs include factors such as transport of raw materials and warehouse costs.

Any expense during the transportation of materials from the supplier to the factory can be considered logistics costs.

The expenses required to run the factory efficiently, such as electricity, water, and fuel, fall under internal costs. These are essential to ensure timely work without any mechanical hindrances.

The manufacture of cars involves the use of many fossil fuels such as CNG, diesel, and gasoline, the prices of which vary within a given period.

While this cost varies according to the region, greenhouse gas emissions exist in allowances that are traded between different producers.

There are laws in place that prevent the production of excessive greenhouse gases from these factories, and this is done through additional expenses such as fines.

The manpower required at factories for manufacturing a car is overwhelming. They essentially create the force behind the timely and meticulous production of each unit for the company.

Since these workers require some technical knowledge, their cost has to be taken into consideration.

Once the manufacturing of the car is completed, advertisement becomes the next priority.

Incurring this expense is important as it plays a role in deciding the success of the particular model. In turn, this increases sales and, ultimately, profits.

Manufacturers need to consider the expense of sales tax as a part of the manufacturing cost of a car.

This determines if they make a profit and the amount of profit they are expected to garner.

It is important to include sales tax in the production cost as it determines the final price of the vehicle in the market.

The types of expenses incurred in the process of manufacturing a car depend on the model of the vehicle and each company.

Other contributing factors to the cost are dealership markups, overheads, depreciation, and other unpredictable factors.

While these factors make up most of the manufacturing expenses, the difference in price from the manufacturer to the consumer’s doorstep varies significantly.

Additional factors such as loans, cost of tools, quality of auto parts, location of the factory, marketing, storage of raw materials, and many other expenses are incurred. So, how much does it cost to make a car?

Calculating The Cost Of Manufacturing A Car

The closest way to find an accurate number when it comes to calculating the cost of manufacturing a car is to divide the car’s cost at the dealership in half.

This method eliminates the additional cost incurred after the finished product is produced.

The percentage required to be subtracted from the cost at the dealership varies according to the model of the car.

Additional costs post-manufacture fluctuate significantly based on the size of the car.

For example, a smaller car will have additional costs of up to 60% over the manufacturing cost.

This is due to the small margin required to manufacture them, reducing the value of the car brand. A higher percentage is attached to smaller cars to cover costs and avoid losses.

Taking into account the additional costs, car manufacturers earn an average profit margin of 5% per car.

This conclusion is reached by applying the formula of dividing the cost of the car received at the dealership by half.

Breakdown Of The Manufacturing Cost Of A Car

The exact figure is impossible to determine; however, some studies have been conducted on specific parts of the automobile industry to introduce more clarity.

A study conducted in 2012 called the Automobile Industry Retail Price Equivalent, and Indirect Cost Multipliers introduced a breakdown of the cost of manufacturing a car.

How Much Does It Cost To Start A Car Company

Building a manufacturing company from the ground up would easily cost over 10 billion dollars.

This estimation is merely for purchasing parts, setting up the foundation for the business, establishing an appropriate factory, and other basic requirements for a car company.

However, a cheaper way of achieving a start-up is customizing old models to adhere to your niche.

This could happen in the form of making a customized engine, changing the body of an old car, and several other ways.

This minimizes the cost of starting a company and allows you to partake in the industry without a huge effort.

To start up a car manufacturing company, a minimum cost of $10 billion would have to be sought.

How Much Does It Cost Ford To Build A Car

To give an example, the Ford F-150 is the pickup truck that has received the most attention so far this year.

According to media estimates, Ford will make a profit of $13,000 from the sale of this vehicle.

The average production cost of a Ford F-Series pickup truck is $27,000 per vehicle, according to the manufacturer.

Even if you think that the large profit margins in the automotive business make it a desirable industry to work in, you must consider the expenses involved in starting a new automotive company.

How Much Does It Cost Toyota To Build A Car

Toyota relies on a high level of manufacturing to keep costs as low as possible. For a vehicle priced at $5,000, the manufacturer can expect to make a profit of about $2,500.

The total manufacturing cost of the Toyota Corolla is about $12,000.

How Much Does It Cost Tesla To Build A Car

To determine the production costs of this electric car, German automotive experts disassembled a Tesla Model 3 and analyzed the results.

How much does it cost Ford to build a Mustang?

The profit margin on the car is very low and varies by model year and trim level. Ford, for example, charges a retail price of $27,122 for the 2021 Ford Mustang, but the company’s production costs are approximately $25,000 per vehicle.

How much does a car manufacturer make a year?

What car company makes the most profit?

Volkswagen tops the list, earning an astonishing $9,202.88 every second, according to this study.

Volkswagen was founded in 1937. Audi, Bentley, Bugatti, Lamborghini, and Porsche are some of the brands owned by this conglomerate, which had a profit of about $23 billion on sales of $290.2 billion in 2019. Not a particularly terrible year.

The question of how much it costs to make a car varies widely depending on numerous factors.

Each manufacturer incurs different costs depending on the model and design of each car.

While a definitive figure cannot be ascertained, the overall expenditure of a car includes factors such as raw materials, research and development, factory expenses, and other such costs.