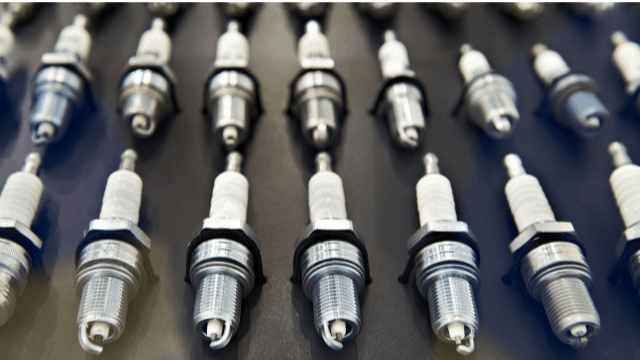 For years, car enthusiasts have asked the question, “How Many Spark Plugs Does a Diesel Have?”

There are no spark plugs in diesel engines. Spark plugs are a fundamental part of a gasoline or gas engine. However, they contain additional components called glow plugs, the failure of which can cause our diesel engine to malfunction or not start.

Today, almost all diesel vehicles have a glow plug warning light. Those that do not, at least, emit the misfire light to signal a problem. When the ignition is turned on, all the lights come on briefly before going out, indicating that the engine can start.

If the light stays on or flashes after starting, the car may have faulty glow plugs (diesel engines usually have one glow plug per cylinder).

Do Diesel Engines Have Spark Plugs?

The purpose of these small components is to facilitate the cold starting of diesel engines. In addition, they may be required for a short period of time after engine start-up to ensure consistent engine performance and minimize pollutant emissions.

In reality, they are nothing more than metal components that become red-hot when the engine is started. As a result, they contribute to heating the air and combustion chambers of the engine. They are not as important as indirect injection engines as they were in earlier pre-chamber engines, but they are still necessary for extreme climatic conditions.

Diesel engines do not need spark plugs, as the explosion of air and fuel inside the cylinder is not necessary. The carburetor of four-stroke gasoline engines with a traditional fuel supply sucks in a combination of air and fuel, which is injected into the cylinder. It compresses it and, when the timing is perfect, a spark from the spark plugs ignites the mixture, allowing the engine to start.

In the case of diesel engines, only air is sucked in, which creates such high pressure in the combustion chamber that the temperature rises. At that point, diesel fuel is injected and starts to burn. Spark plugs are also unnecessary, as no spark is needed.

How Do Diesel Engines Work Without Spark Plugs

Basically, it is an alternative internal combustion engine with self-ignition thanks to the high temperatures derived from the compression of the air in the cylinder.

The main difference with a gasoline engine lies precisely in this point: diesel engines do not need a spark to ignite, but have glow plugs that raise the temperature of the combustion chamber to improve starting, since starting the vehicle is relatively difficult in cold temperatures and use this heat once the optimum temperature has been reached.

How Do Glow Plugs in a Diesel Work?

A glow plug is a heating device that heats the fuel and air entering a diesel engine to promote efficient combustion of the fuel.

The combustion of the gasoline starts your engine, allowing you to drive. Your engine has a glow plug in each cylinder, either in the pre-chamber (pre-chamber engines) or in the combustion chamber (direct injection engines).

Symptoms of Bad Glow Plugs in a Diesel

Spark plugs are critical components for the correct operation of a vehicle; when one of these components fails, several symptoms appear alerting the driver of a problem that must be attended to:

Failure to start the car

One of the most frequent symptoms of defective glow plugs is difficulty in starting. It is impossible to start the engine with these defective components.

Engine performance decreases when glow plugs fail, especially in cold weather. Glow plugs may need to be replaced if the starter button is continuously pressed.

Poor acceleration is caused by worn or damaged car parts. In these cases, a thorough inspection is advised before assuming that a damaged glow plug is the main cause.

An engine that will not start usually has too little fuel in the cylinder. A defective glow plug is a serious ignition problem that must be fixed quickly.

To avoid misfires, inspect the condition of the glow plug before discarding it. It may be defective.

When you start your diesel car and see black or dark gray smoke coming out of the exhaust, this indicates that it is defective. The tones emitted by this component indicate the presence of a problem in the combustion system.

The diesel engine can emit black smoke for a variety of reasons; however, it is wise to inspect the glow plugs; if they are defective, one of the indications is black smoke from the exhaust.

An indication that the glow plugs are defective is the activation of the check engine light as a warning signal. To confirm this, it is essential to scan the system with a specialized tool to locate the problem.

If your car has a diesel engine, the warning light on the dashboard will come on, indicating that there is a problem with the glow plug system. The signal is a spiral-shaped line or coil that resembles an amber-colored wire.

Spark plug failure causes the engine to pump diesel fuel into the combustion chamber without providing continuous ignition. Instead of fueling the engine, unburned gasoline is wasted.

How Often do I Need To Change The Glow Plugs?

Glow plugs should last up to 100,000 miles; however, they will progressively degrade due to wear and tear during this time.

The good news is that glow plugs are not only very durable, but they are also among the most cost-effective vehicle components to repair.

How many spark plugs does a V8 diesel truck have?

In diesel engines, only air is introduced, which creates such high pressure in the combustion chamber that the temperature rises. The diesel fuel is then injected and burned. Spark plugs are also unnecessary, as no spark is needed.