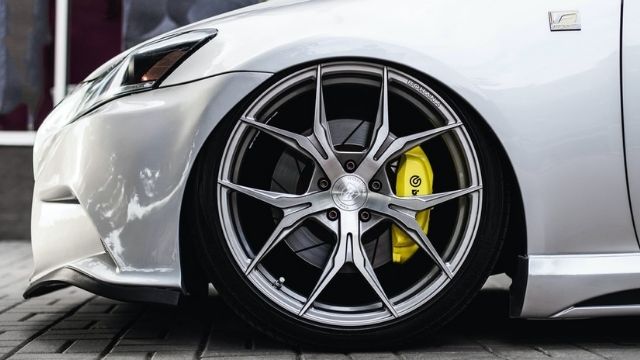 Asking how many axles a car has may seem like a simple question at first, but it’s actually a little bit more complex than you might think and depends on several factors, all of which we will detail below in the article. Read on to find out all you need to know about axles in cars and find out how many each vehicle has

What is an axle and why do we need them in our vehicles?

An axle is actually one of the most important parts in the entire body of a vehicle, as it’s what is ultimately responsible for turning the wheels of our cars and actually making them move.

How many axles does a car usually have?

However, there are some important exceptions to this rule, and as we will find out, not all cars or vehicles have two pairs of wheels or two axles

Many militaries and heavy-duty cars and vehicles actually have six wheels, and therefore have three axles in total – the front axle which steers the car, and the two rear axles which actually power the car’s wheels and turn them.

Examples of these six-wheeled, three-axle military vehicles include, but are not limited to: the Renault TRM 10000, the Sisu SA-240 & SA-241, the Pinzgauer High Mobility All-Terrain Vehicle, the Star 266, the FAP 2026, and the M939 heavy cargo truck. All of these trucks are used by militaries around the world, and their three-axle design gives them far improved handling over the two-axle cars we normally see on the roads every day.

Are there non-military vehicles with more than two axles?

Of course, most of us will never get to drive one of the incredible military vehicles mentioned above with more than two axles, however, it is still possible to purchase and drive civilian vehicles that have six wheels, and therefore three axles.

One of these cars is the Bureko 6×6. This incredible-looking car was built by a Czech manufacturer that has now gone out of business, but it boasts some incredible specs as well as looks very cool. Having two sets of rear axles in addition to its front axles means that the car is actually a 6-wheel drive, and can go from 0-60 MPH in ten seconds, which is quite impressive for such a large car.

There are also much sportier models of cars that come equipped with six wheels, and therefore three axles. One of these is the Covini C6W, an incredibly sexy-looking, sleek, convertible sports car that was built in the 1970s by Covini. The designer of this car felt that having six wheels and three axles, therefore making the cars six-wheel drive, would greatly reduce the risk of accidents and make driving the car much safer. We will never know if he was correct, as not many of these cars were built, and only a handful of them still survive to this day.

Is it possible to have even more than three axles on a vehicle?

While the vast majority of cars have only two axles, as mentioned above, it is very common for larger, heavier-duty vehicles such as trucks to have many more axles, due to their long length and the need for very strong handling.

One place to visit if you want to see trucks with huge numbers of axles is Michigan, in the United States. Due to a series of old laws, there is a very high limit on the number of axles a truck can have – up to eleven axles in total! You can see these trucks in action, hauling very heavy loads such as steel for refineries. 11 axles in total would mean the truck has 22 wheels, which is absolutely enormous.

However, the state in the US that is the best place to spot trucks with large numbers of axles is South Dakota. This is because the state actually has no upper limit on the number of axles a truck can have, and it results in some trucks having an absolutely insane 17 axles, or 34 wheels in total. This kind of extremely heavy-duty truck can be as long as 45 feet, and be used to carry loads of over 160,000 pounds. That’s a seriously heavy load!

So, the best way to know how many axles a car has is to simply count the pairs of wheels you can see. The vast majority of cars on the road today will have 4 wheels, which means 2 axles in total.

However don’t be surprised to see some trucks with far more axles than that, especially if you live in some of the states mentioned above where it’s common to see huge trucks with 10 or more axles on the roads every single day!

Bulb Grease – What Is It and How to Apply It?
Who Makes Icon Tools?
How Much Does It Cost to Repaint a Car? - Things You Should Know
7 Symptoms Of A Bad EVAP Canister You Must Know Before It'S Too Late!