How Long Will it Take To Charge a Dead Car Battery? 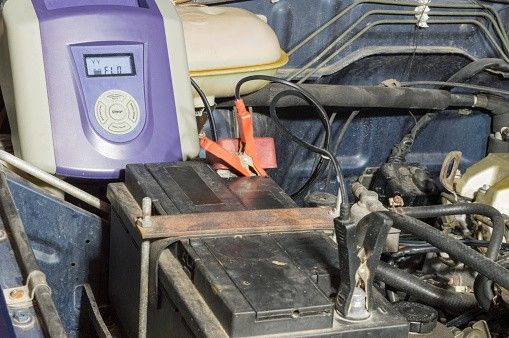 Has it ever happened to you that when you go to start your car to go to work, to the supermarket or to any event, it doesn’t start. Ah, the battery is discharged!

You must take into account many variables before determining how long a car battery takes to recharge. The battery needs to have enough cold start amps to start the engine when the ignition key is activated. Batteries are designed to last five years or less (depending on quality and warranty) under normal driving conditions.

Variables that make battery life difficult can include corroded terminals and wires that do not allow the alternator to restore the battery during run time. A bad alternator will also suck the life out of a battery as well as repeated battery violations, such as leaving lights on or other electrical components that require the battery to be replaced often.

The type of batteries that require maintenance should be evaluated to verify that the proper amount of distilled water is in each cell, although many of these types of batteries are being replaced with “maintenance-free” batteries. How discharged it is and whether there is damage to the cells also directly affects the battery’s charge time.

Although an alternator will not fully charge a battery during vehicle operation, it can restore enough charge to allow the battery’s internal cold start amplifiers to start the vehicle on the next attempt.

There are several types of battery chargers with different options, and the charger setting will dictate the amount of time it takes to charge a battery. The most influential setting is the amplifier setting. The voltage setting should be 12 volts for an automotive battery unless otherwise specified on the label.

Again, this will depend on how empty it is. A 10 amp setting on the charger may take 40 minutes, or it may take a couple of hours. Another common setting on some quality chargers is a high amperage setting, known as “start”, which can be used to start the battery. You can charge the battery in a short period of time and start the engine with the charger.

It would be advisable to run the vehicle for some time to restore the charge to the battery using this method if the battery was completely empty. As long as the battery is not damaged or has a bad cell, and the better the quality of the charger and amplifier setting, the less time it will take to charge. A battery that was completely dead should be charged overnight (even if it works well after a quick charge) with a low amperage maintenance charge.

So you know that it will depend on the condition of your battery and the amperage of it, the charging time, and the decision to do a fast charge or a slow charge.