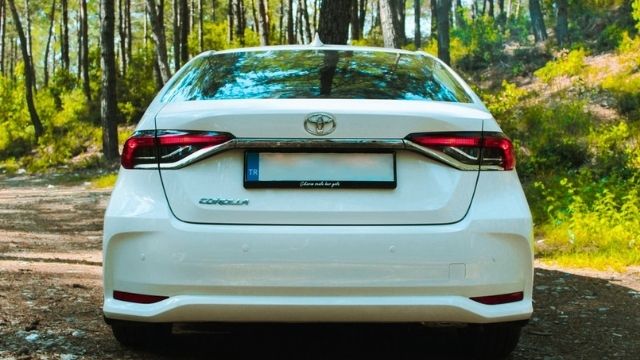 The Toyota Corolla is one of Toyota’s most compact cars, and it’s very popular among drivers all over the world. Nonetheless, one of the most common questions that Toyota drivers have is how long does a Toyota Corolla Last?

A Corolla has a long list of remarkable qualities, and all of them have a lot to do with the car’s longevity. In today’s article, we will go through the most important aspects of the Toyota Corolla longevity.

With the right maintenance, the Toyota Corolla can stay in excellent shape for at least 300,000 miles. We can’t speak for the majority of drivers, but if they take good care of their cars, they can last up to 20 years.

Nevertheless, you can’t forget about checking up your car every once in a while. Having an oil change or tire rotation performed regularly may not seem like it could make a significant difference, but it totally does.

Routine service like this will help you keep your Corolla for a longer period, and it will also help improve the vehicle’s performance. In return, your Toyota Corolla will remain strong, and you will be able to spend more time on the roads and less at a Toyota dealership.

On the other hand, neglecting routine service will make you spend more money, and the car is going to fail more often.

Do you want your Corolla gas mileage to continue being efficient? Would you like to head out on exciting road trips without worrying about your car dying on you in the middle of the street? It’s essential to keep up with the basic Toyota Corolla maintenance.

Several factors can affect how often your car needs service, like the local terrain, weather conditions, and your driving style. Here’s a list of the recommended services you must perform on a Corolla:

How Many Miles Can I Expect From My Toyota Corolla?

You can expect a Toyota Corolla to last up to 300,000 miles. This could seem impossible for most cars, but keep in mind that Toyotas are different from the rest.

They can last longer than other vehicles, thanks to some remarkable characteristics. There are examples of drivers with Corollas that have reached more than 300,000 miles, so it can depend on the type of maintenance you do to your car.

How Soon Should I Expect Rust On A Toyota Corolla?

Based on extensive research, you can expect rust on your Corolla after 6 years with the car. Of course, this can vary depending on each driver. For instance, other drivers will have to deal with rust after 7 or 8 years with their Corolla.

If you own an older Toyota Corolla, you should know that rust is something you need to keep an eye on, especially on models from 2009 due to the amount of time they have been around.

Is A Toyota Corolla A Reliable Car?

The Toyota Corolla can be found among the most reliable Toyota models. Both the compact car category and the rest of the car industry love the Corollas, so this explains its continued dominance on the market.

It’s not just about Corollas, generally speaking, Toyota cars perform well due to the way they are built and they last longer. Even though they are not the best ones, they can outperform many models when it comes to durability and reliability.

You need to keep in mind that the car market is incredibly complex in which the quality of the materials is key to making the difference. Also, the overall engineering capacities of the brands are very important, and Toyota excels in every single aspect.

Is It Expensive To Maintain A Toyota Corolla?

Although maintaining your Corolla could cost a little more than $300, it will depend on which part you need to replace. For example, if the brakes are not functioning correctly, you are going to have to purchase new ones. They can last from 25,000 to 50,000 miles, so keep an eye on that.

On the other hand, when it comes to tires, they will last more than 30,000 miles if you have good driving habits. But the general norm is to look for replacements after 6 years with those tires, no matter the mileage.

Moreover, transmissions can reach up to 200,000 miles. But they could fall before reaching that number, especially if you don’t take care of your vehicle. Many drivers tend to forget about insurance prices per month.

On average, it can cost about $180 to ensure your Corolla, and the final cost could be around $2,000 annually.

To prevent having to spend tons of money repairing your Corolla, here are a few useful tips:

These recommendations will help you save both time and money. They are easy to follow, and if you are a patient driver, your car is going to last a lot more than usual.

Don’t forget that not every car is the same. There are drivers who had their Corollas up to more than the established mileage, and others were not so lucky because their cars failed sooner than expected.

We are certain that this article is going to help you solve your Toyota Corolla questions, and if you need extra help, you can always take a look at the rest of our content.