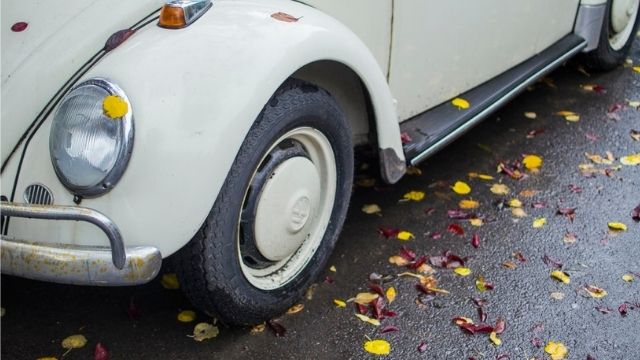 The Volkswagen Beetle is a reliable car that’s also famous for its signature design. These cars have existed for plenty of years, and if you want to know how long they can last, you need to keep reading.

How Many Miles Can A Volkswagen Beetle Last?

To ensure your Beetle’s longevity, you need to follow simple steps such as:

These vehicles are highly reliable. They have received an above-average score, and they have been included in several car lineups. The average annual cost of maintaining one of these cars is about $600, which is over the average for other compact cars, but less than the average if we compare it to other models in general.

Keep in mind that you may need to take your Beetle to the shop around 0.4 times per year for major repairs, which is higher than the average for compact vehicles. With proper maintenance and attention, you can expect your Volkswagen Beetle to last 150,000 miles or 10 years.

It can also depend on the model you buy. Other owners have shared that their Beetles have lasted more than the average.

Even if they are reliable, these cars have a few issues that potential owners should be aware of. Here’s the list:

According to affected owners, their vehicles stalled and stopped working. The issue was caused by timing chain failure, which then caused several damages to the engine.

This is one of the most common issues involving a Volkswagen Beetle, and if you want to buy one, you need to think about the possibility of dealing with engine failures.

While they are not as serious as engine failure, they are definitely inconvenient. They can malfunction intermittently, which can be annoying for some owners. You will have to replace the power locks so that they can do their job.

A headliner that keeps falling down can be considered as a minor issue, but not for others. It requires more than putting construction adhesive on the sagging material to patch things up.

You will need to take your car to a dealership so that they can help you fix the problem.

Transmission failure is the worst Volkswagen Beetle problem. Many have reported that the issue started at around 90,000 miles. This issue will cost plenty of money, due to the need for a completely new transmission.

Volkswagen had to release TBS #TT37-06-06 in June 2013, where they specified what to do in case the transmission needed replacement.

Most of the Beetles have had this issue, especially the 2009 Volkswagen Beetle. According to one of the owners who had to deal with this problem, the windows started making grinding noises and got stuck as the person tried to roll them up or down.

After replacing its window regulator, the owner continued experiencing the same issue in the middle of winter. Other owners have had the same issue, and it happens at around 65,000 miles.

In their defense, Volkswagen released a technical service bulletin to address the issues. The document had information on how to fix the power window issue, but not every Volkswagen owner has access to the document released by the company, so they will have to pay to repair the windows.

Limp Mode And A Slipping Transmission

A few owners of older Volkswagen Beetles have issues with transmissions and their cars going into limp mode. Moreover, the transmissions can keep slipping intermittently, so it’s going to affect the car’s performance.

This issue increases the chances of injury to out-of-position front seat occupants, meaning their safety will be jeopardized.

Airbags are vital for your safety. That’s why having problems with these components is a serious matter. Unfortunately, the Beetle has airbag issues. The 2000 Volkswagen has a problem related to malfunctioning airbag lights.

Some of the owners report that their airbag lights suddenly illuminated while they were using their cars. When they had their vehicles checked, the mechanics said that the sensors were failing and needed to be reset.

An estimated cost of maintaining these cars is $600. This figure is a little higher than the average cost of every other subcompact car, which is $530. It’s much more expensive to maintain a mini cooper, and a Beetle is more reliable.

But if the mechanic needs to replace several parts of the car, the cost will be higher.

Without the engine, a car won’t start. You need to know how long a Volkswagen Beetle engine can last. That way you can look for a replacement:

All engines are made out of metal, but the type of metal utilized determines the engine’s durability. The common materials used to make the engines are:

Iron base alloys are the favorite options because of their ability to withstand higher temperatures without risking the car’s functionality.

Your driving habits determine the engine’s lifespan. From rapid acceleration or deceleration to towing massive loads. Whatever you do to push the car’s engine to its limits, will decrease its lifespan.

Maintenance will be the key when it comes to engine longevity. Always ensure that you are up to date with routine maintenance for your engine filters and fluids. We suggest you keep an eye on the engine’s oil pressure sensor and make sure it’s working correctly.

Additionally, an engine works alongside the rest of the car’s systems, including the cooling, electrical, exhaust and transmission systems. If all these systems are failing, the engine may fail as well.