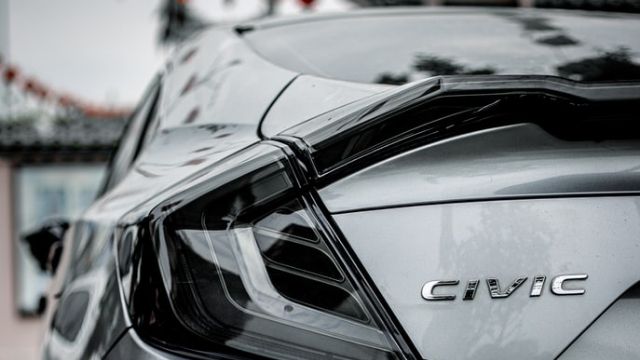 If you’re planning to buy a Honda Civic, you might be wondering how long will this vehicle last? With a rich history of more than 50 years, Honda is well known for producing long-lasting cars that can last more than two decades. Now, this can make one think if Honda Civic is part of the durable vehicle category.

Honda Civic is a compact model with a lifespan of 250,000 miles or 20 years. Though they initially came up with a subcompact model, Honda Civic reached its peak with the fifth and sixth-generation classic models. Throughout the 21st-century, they rebranded the vehicles to shift the target audience.

In spite of the new models coming up, the older Honda Civics had higher reliability and a longer lifespan comparatively. With adequate routine maintenance and repairs, the Civic is sure to stay for long. This is one of the main reasons why Honda Civics are more popular and recognizable models on the road.

Though the durability and reliability vary between different Civic generations, it has a better build than most cars. But, just how long do Honda Civics last? Keep scrolling to find out more.

In the automobile industry, cars won’t last for decades if they break down regularly or if they’re not reliable. Based on the reliability of a vehicle, you will encounter lesser complaints, issues, and mechanical breakdowns.

Based on the 2019 Consumer Reports, Honda Civic holds 12th place, making it more reliable than other models like Tesla, Chevrolet, Volkswagen, and Jeep. Though Toyota Camry is known to offer high mileage, Honda Civic is the best when it comes to reliability.

The greater reliability of this model allows you to drive for a long time without any issues. Reports claim there has been an increase in sales for the Honda Civic model in the past few years, resulting in overall sales gain for the company. To top it off, Honda itself claims that Civic is the Star of their company.

When compared with the past, vehicles have lasted much longer than expected in recent years. It will accompany you for at least 200,000 miles by purchasing a new car. There are some models that can last much longer than that. The advanced technology and updated components enhance the longevity of automobiles.

Though the car’s mileage and age are closely linked, determining the exact age limit is impossible. You may come across the 80s and 90s Honda Civic models with a brand new look on the road and later come across some 2010 models having scratches and dents.

The major reason the older models have an indefinite lifespan is the simplicity of the vehicle’s design. It’s rare to find any air-conditioning or airbags in older cars. You will also not find any Software or electronic control units in these old models built with minimum parts.

On the other hand, the modern Honda Civic models have a digital driver, cameras, center dashboard, series of sensors, and electronics needed for a home office. While the older Civics keep running with a few dysfunctional features, the modern vehicles are heavily equipped with high-tech components that may not even work if an issue occurs.

The oldest Civic models have a 20 to 30-year mark without any stoppage, while the latest models can last up to 20 years. The main reason Honda Civics last for long on the road is the easy to replace, readily available, and simple car parts. Honda Civic has an average lifespan that ranges between 15 to 20 years. Most Honda Civic owners keep their vehicle for at least 10 years or before the high-tech system fails.

How Many Miles Will Honda Civic Last?

If you happen to be a proud Civic owner, there is no doubt that you expect your car to last for at least 300,000 miles. Whether purchasing a new or used vehicle, Honda Civic could potentially last beyond a million miles.

Be it any car model; if you drive recklessly, it will reduce the vehicle’s lifespan. The longevity of the Honda Civic model is based on how properly the vehicle was maintained throughout the years. This model is well known for being inexpensive to maintain, making it the most popular option in the market.

Are there any models I should avoid?

It is well known that 2001 Civics are known for their faulty transmission, so if you are thinking of buying one, always check to see if the transmission has been replaced or, failing that, avoid this model.

Yes, hondas Civic are very reliable vehicles, they have a rating of 4.5 out of 5 in the reliability rankings.

How To Increase Honda Civic’s Lifespan?

Though Honda Civic is known for having a long lifespan, Civic owners will still try everything they can to extend the life of their vehicle to make it last for long. Your car’s longevity can be increased, and it depends on how well you treat it. Here are some steps to make your Civic stay for long.

From the above pointers, now you know the answer to ‘how long Honda Civics last?’ With its ability to run for around 200,000 to 300,000 miles and stick around for 20 years, the Honda Civic model is a good investment that’s sure to hold up for long with proper maintenance as they are reliable vehicles.