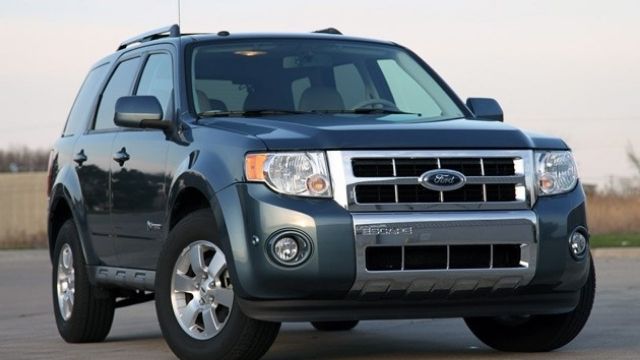 Ford began manufacturing the Escape compact SUV in 2001. The car is one of the market’s most popular compact SUVs.

Since its launch, it has been a best-edition, spawning numerous variants, including a hybrid-electric type.

The newly rebuilt vehicle is usually well-received by owners and reviewers alike, because of its many standard amenities and favorable reliability and safety ratings. Although the Ford Escape is the second best-selling vehicle behind the F-Series, it has had its share of issues.

Let’s check out the life span of Ford Escapes and other things to consider before you purchase it.

Things to Consider While Purchasing a Ford Escape

First-generation models of Ford Escape had specific faults such as power steering failure, PCM failure, failure of transmission, and even a shattering back window. 2008 models are generally best avoided, as it was the year when Ford Escape owners reported the most troubles.

Regrettably, engine issues have been the most serious shortcoming of third-generation models. Although the engines are competent in producing incredible amounts of power while giving higher fuel economy than prior Escape models, some have been known to shake and shudder.

Ford claimed to have discovered a way to prevent these engines from catching fire by changing software to better monitor engine temperatures. Although it appears that this modification did not address every fault that could render these engines prone to fire, before parting with your money, get proof that the upgrade was applied to any third-generation Escape you’re considering purchasing.

What Distinguishes the Ford Escape from the Competition?

Though Ford Escape is the first SUV featuring a hybrid drivetrain, it is unremarkable. Ford being a mass-market model does not intend to be exceptionally unique.

The Escape is a competent little SUV, but its primary selling point is its pricing. Although higher levels can be quite pricey when new, they can offer progressively good value as they age and become less expensive on the secondhand market.

In the United States of America, many families keep their vehicles for up to ten years. As a result, many people favor sturdy and trustworthy automobiles.

The Ford model is perfect for a variety of driving conditions due to its powerful 180hp engine. The vehicle’s maintenance schedule is relatively reasonable. The average annual cost of automotive maintenance is approximately $600.

How Long Are Ford Escapes Good For?

Depending on how you ride your Ford Escape, the miles can accumulate swiftly over time.

The trick is to keep Ford Escape in the superior condition through routine maintenance. By not skipping oil changes, rotating your tires, and keeping all of your vehicle’s fluids in good condition, you may extend the life of your car.

If you’re reselling an older Ford Escape, perhaps one that’s between 7 and 10 years old, it’s critical to bear in mind the upkeep required to ensure the vehicle’s reliability for the next owner.

Assuring that the transmission is in good condition will help ensure that the next owner has a dependable Ford Escape for years to come.

How Many Miles Can a Ford Travel?

Based on an analysis of over 11.8 million automobiles sold in 2020 to establish which companies offer the most models capable of reaching 200,000 miles, you may anticipate a new Ford to endure a reasonable amount of time.

In general, Escapes are significantly more prone to malfunctions (most notably, transmission malfunctions) than comparable models from comparable years. On CarComplaints.com, the Ford Escape has a total of 4,167 recorded complaints, with transmission difficulties accounting for the majority of those.

Ford Escapes Maintain Their Value for How Long?

Ford Escape tops the list of used cars that have maintained their value over time. 22.6 percent of the original value has been retained.

There are some weak points in terms of predictable reliability, but it appears to be average.

Ford Escape’s facelift for 2020 delivered a slew of upgrades, and it incorporates a lot of what SUV enthusiasts want. There is enough space inside, and you will enjoy a comfortable journey. It boasts a sporty appearance, cutting-edge technology, and a wide range of options.

It has respectable fuel economy and is a joy to drive. While the revised Escape has not ranked much in reviews of SUV rankings, still it is new. Consumers and critics may realize its flaws as time passes by.

We hope the information provided will help you to determine the longevity of the Ford Escape and you will be able to purchase it without making mistakes.