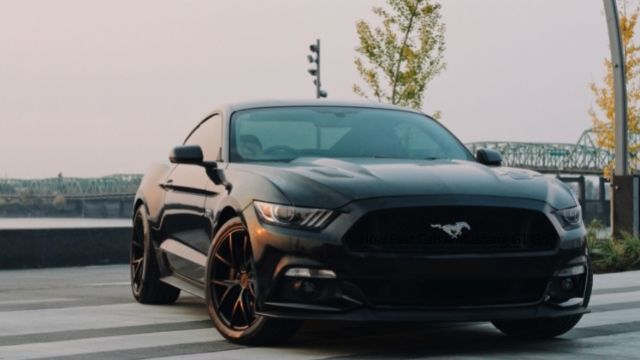 For many car enthusiasts, the main attraction of a car is its speed! The first parameter these car lovers check is how fast the car can go from 0 to 100. A power machine is what they crave. Give them a Ford Mustang, and they won’t be disappointed.

If you are a car enthusiast who loves to speed on the road, you would know what a Ford Mustang can achieve on the road compared to other machines. You know this machine is sheer power, and driving it is more than just fun.

How Fast Can A Mustang GT Go?

So, how fast can a Ford Mustang GT go? Why are people raving about its speed?

A Ford Mustang GT can go up to 163 mph, making this one of the fastest cars on the road for a common man. The speed of this machine was the inspiration behind the movie “Need For Speed,” though that particular car in the movie was specially designed with a more powerful engine for the movie.

Over the years, various Mustang GT models have been launched with different speeds. They range from 150 mph to an impressive 200 mph. The fastest GT so far can go from 0 to 60 in as little as 3.3 seconds.

Why Opt For Ford Mustang GT Over Other Cars

Well, there are quite a few cars faster than the Mustang GT. Why should a car enthusiast opt to get the Mustang GT in such a case?

The Mustang GT is a perfect combination of speed and affordability. If you are looking for a car that can satisfy your thirst for speed without breaking the bank, this is a good option.

Ford has been putting some well-thought work into its Mustang to make it a good sports car and a comfortable ride. Now, that is not an easy combination you come across every day.

So, if you have always been keen on an affordable sports car that is not only fast on the roads but also comfortable to drive for long distances, this is a car you need to consider among others on your list.

If you want to get into the specifics, like any car lover;

The Mustang GT has a well-known and renowned 5.0-liter V8 engine. This engine produces an impressive 480 horsepower along with 420 lbs of torque. It is quite a lot of power that you can enjoy on some good long drive. The Mustang GT can speed from 0 to 60 in less than 5 seconds.

The Mustang GT has been in production since 1982. It is currently in its 6th generation. As the years go by, the manufacturer has been making small yet noteworthy improvements that have people coming back for this muscle machine, despite all the new entrants.

The Mustang GT is not a new entrant, it has been in the market for quite a number of years now. If you know the car, you must be keen on discovering what is new in its latest version. Here are a few interesting facts that make the new version different from the old ones, many car enthusiasts already have:

The real question is, do these speed engines have limiters? Are these Mustang GTs fitted with speed limiters that prevent you from speeding away? The answer is No. The manufacturer has not fitted any of their GTs with a speed limiter.

This lack of speed limiter requires the driver to be cautious while speeding on the road. The cars can go from 0 to 60 in less than 5 seconds, and if something unexpected were to happen, it would not be easy to control the vehicle with that power.

A few years ago, some models did have a speed governor to limit the car’s speed. However, it varied from car to car, and not all GTs were fitted with one.

The Ford Mustang GT has survived its competitors due to its unique combination of speed and affordability. Though car lovers would prefer to drive the Camaro or Porsche compared to the Mustang GT, not everyone is keen on spending too much on a car.

Many car lovers would rather drive the Mustang GT than some of the other leading cars in the market. This loyalty has the manufacturers come up with newer and more updated models.

Today’s Mustang GT is the classic combination of speed and affordability. These cars are changing to accommodate comfort without compromising on their speed. This car is full of muscle and sheer power for any car lover. Getting behind its wheels and pressing down that pedal can cause your heart to race with excitement, just as fast as the car can race.

With increasing competition, Ford is improving its design to increase the visual appeal of this power machine. This car is here to stay, no matter what the newer manufacturers come up with. The Mustang GT is standing the test of time due to its many lovers.