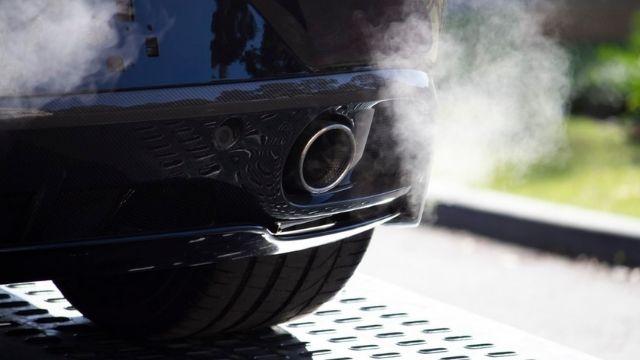 It is a component of the exhaust system that is responsible for reducing the amount of noise produced by the internal combustion engine when in operation.

The muffler is located at the end of the vehicle’s exhaust pipes and is responsible for reducing harmful emissions as well as minimizing the noise produced by the vehicle.

In addition to the pollutants emitted by the vehicle, the muffler is subjected to shocks and a large number of polluting components from the outside.

One of the most serious problems with the muffler is that it develops holes in it.

What is the Purpose of a Muffler?

In the ordinary course of operation, an engine produces fumes that are expelled at very high pressure.

Noise-emitting gases, such as propane and butane, can be deafening to people both inside and outside the vehicle if mufflers are not properly installed.

This unpleasant noise is reduced and modified by the use of mufflers on cars, motorcycles, trucks, and, in general, any vehicle powered by an internal combustion engine (ICE).

A job that has been perfected over many years of development and is now achieved by the use of various techniques that are integrated into a single muffler.

What Causes a Hole in Your Muffler?

Mufflers are designed to last for many years, but hard-driving and corrosion can significantly reduce their service life.

Because the muffler is located so close to the ground, it is especially vulnerable to corrosion, which can cause a small dent, a tear, or even a hole in the exhaust.

If holes in the muffler are not fixed as soon as they are discovered, they can cause more serious damage.

Because of this, we have collected some of the signs that suggest a hole has been found in the car’s exhaust system.

You may have noticed that your vehicle becomes considerably louder when accelerating.

This is because the carefully designed muffler has been compromised, allowing air to escape before it has been fully damped.

If your car fails the test and you are not sure why, examine all components of the exhaust system, including the muffler and catalytic converter, to determine the problem.

A hole in the muffler can allow a large amount of fresh air into the exhaust system, which can cause the sensors to become confused and the vehicle to malfunction.

A hole in the exhaust pipe can cause dangerous gases to enter the interior of the car, causing it to malfunction.

These gases, such as nitrogen oxide and carbon monoxide, are very harmful to your health and can cause serious illnesses.

Your car will also emit a greater amount of poisonous and dangerous gases, which will have a greater negative impact on the environment and its surroundings.

4. Failure to start the engine

Due to the increased back pressure, a hole in the muffler can cause the oxygen sensors to become confused, resulting in a misfire if the estimated amount of oxygen in the combustion chamber is not correct.

Reduced engine efficiency is caused by uneven airflow, which can result in lower than usual fuel economy.

Can A Hole In Your Muffler Cause Check Engine Light?

Yes, an exhaust leak will cause the check engine light to come on, as it has the potential to produce incorrect oxygen sensor readings.

An exhaust leak can result in an excessive amount of oxygen in the exhaust, which would force the sensor to increase the amount of gasoline used to compensate.

If you detect any of these typical signs of an exhaust system problem, take your car to a reputable technician as soon as possible.

Failure to maintain proper exhaust system operation can lead to dangerous gases entering the interior of your car.