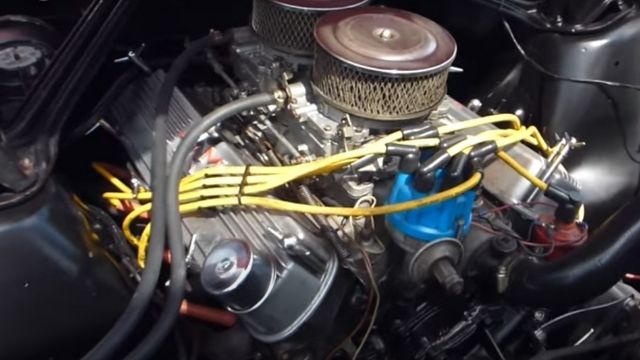 Ford engines are considered very sturdy and durable. These engines are used in different vehicles of Ford and are used in sports applications too. Globally many different types of engines evolved over the years.

History Of Ford Small Block Engines Over The Decades

All Ford Small Block engines are similar in some respects as they use two valves for every cylinder head and denote the number of barrels in the carburetor. The coolant passes through the entire block using the intake manifold in these engines.

Over the decades, the small block engine evolved from the old models to 260cu and 289cu and then to 302cu. The 302 engine was a successful model for many years until a 351cu and 351W came along.

Ford engineers had to develop a new racing engine from the small block as they saw competitors racing ahead with some better models. The 289cu with a tunnel-port head did not deliver the desired power.

The 302cu had a better head design and was called the Boss 302. This design encouraged the manufacture of more engines with the same configuration.

Ford produced these small block engines for almost four decades, from 19961 to 2000. These belonged to the family of Windsor engines, and many new variations of the model were available through the decades.

Ford’s 289cu, 302cu, and 351cu V-8s are all small-block engines. These were installed in Mustangs and also powered the Shelby GT models. The cubic inch denotes the displacement provided by the engine and the stroke size.

All engines are similar in some respects. Their compression ratio differs based on the year the engine was produced. These engines may come with different numbers of carburetors- either a two- or four-barrel carburetor.

Ford launched the 289 V-8 in 1963 which denoted high power in those times. It was a small engine, but it provided enough power and boosted the performance of Mustang vehicles in the first few decades.

The 302cu replaced it in 1968 and ruled for almost three decades until the 351cu engine exploded in the market. This was a great performance engine, taller, and provided more displacement.

The name denotes that the engine displaces 289 cubic inches and comes with a two-barrel carburetor. You have an option of a carburetor with four barrels too. The two-barrel version has an output of 195 hp, while the four-barrel version provides 210 hp.

The bore of this engine is 4 inches while its stroke is 2.87 inches. 289cu was used in Mustang, Ford Falcon GT in North America, and Ford Falcon XR GT model in Australia. This could provide 271 hp with its compression ratio of 10.5-to-1, while the 2-barrel compression ratio was less at 8.7-to-1.

The engine was a slightly better version of the 289cu. The main difference was the stroke measuring 3 inches. It is known as Ford 5.0 engine in Shelby GT despite its displacement of 4.9 liters. The bore was still the same as the 289cu at 4 inches.

Ford, Mercury, and Lincoln used the engine extensively in many car models. The engine was stronger than the 289-model due to its high nickel content. The first model was introduced in 1968 with a two-barrel and could produce 210hp.

The other version had four barrels and had a compression ratio of 10.5-to-1. This model produced 235hp. This model was discontinued in 1995.

The 351cu was introduced as a more powerful version of the previous engines and had a usual firing order. It also had a 4-inch bore and a 3.5-inch stroke like the previous engines, but its connecting rods were bigger than the 289 and 302. Its main bearing caps are also stronger.

The company also produced 351W for a few years. It was heavier and a large block with heads and valves bigger. The two-barrel version 351 can generate 250hp, and the 4-barrel engines could produce 300hp. This was in production until 2011 and was extensively used in Mercury Cougar, Torino, and the flag bearer Mustang.

Can You Discern Any Difference Between These Engines Just By Seeing Them?

Visually people may differentiate between these engines if they are into automobiles. The tallest one is the 351cu, as it needs that much more space for the stroke. The engines also have some other clear differentiations.

Early 289 blocks had a 5-bolt bell housing. At the same time, a dipstick opening on one side of the block indicates 302cu, as the dipstick used to be inside the timing cover in 289. The bore of the engines also can tell you the engine model as the 302cu has the longest one.

Some people suggest looking at their passenger sides for casting numbers. These numbers denote the decade, year, and more. You can find from that alone the year of manufacturing.

It is not easy for many people to see the difference between the three great engines from Ford, the 289, 302, and 351 engines. All appear around the same size to a layperson.

There are very minute differences, though, like water passage placement or the distributor mount. The engines evolved slowly over the decades, and Ford introduced better versions of their previous engines, and as far as power is concerned, they had different powers.

What Does a Car Amplifier Do?
What Rims Should You Get for Your Black Car?
Signs of Low Freon in Car
How to Lap Valves