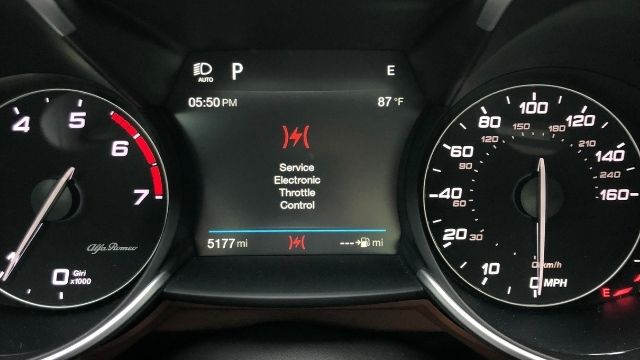 This light illuminates when there are problems with the throttle system, which include the throttle body and the accelerator pedal. It can control the system and monitor the position of the throttle.

While older cars tend to use a cable that is linked directly to the throttle itself, modern vehicles accomplish this feature through new sensors. There are plenty of advantages to this component, and in the following sentences, you are going to learn the benefits of using it.

How Does This Component Work?

If you have your foot pressed against the car’s pedal, the sensors will measure how far the pedal is from its original position. Then, the information is sent to the engine management system.

From there, the engine system sends all this information to the motor, which has to adjust the current position of the throttle. After this, it will be able to open and close according to the new instructions that are sent by the electric motor.

These sensors are called throttle position sensors, and they communicate with the engine’s system to let it know which position is the right one. At the core, the body controls the amount of air that flows right into the engine.

In other words, the quantity of air that is permitted inside the mechanism and it will be indicated by how far the driver is pressing the pedal.

Why Does The Throttle Control Light Appear?

This light can appear due to different reasons. Mainly, these are:

If your vehicle’s ECM indicates the throttle to open a certain amount, it won’t mean that the ECM trusts that it’s going to do it. It relies heavily on the throttle control sensor to tell it how far the mechanism has opened and makes the fuel-to-air ratio changes based on the indications.

It is constructed with:

It doesn’t need a direct cable to connect the pedal to the throttle of the vehicle. Oftentimes this kind of technology is named drive by the wire.

From here, the ECM is going to tell the throttle how far to open or close. Nonetheless, if the ECM can’t obtain a proper reading from the pedal due to a failing sensor, you won’t get the desired acceleration.

It won’t matter if everything on the electric side of the vehicle is working normally if the physical body of the throttle is stuck. There are a few reasons why this could happen, but the most common reason is carbon build-up.

Benefits Of The Electronic Throttle Control

Without mechanical components or cables in the way, the pedal’s information will be transmitted easily to the computer’s system in the vehicle. Therefore, getting rid of the cable or reducing the moving parts eliminates engine wear-down and even maintenance.

Moreover, if the car’s electronic system can communicate correctly, the computer will control all of the engine’s functions. But vital to driver safety, with sensors and actuators where they belong, the engine can receive the right information when the throttle is opened.

With the proper readings, it will be easier to operate the vehicles, and the driving experience will be smoother.

What To Do If The Electronic Throttle Control Lights Turn On?

Whenever you notice the control light turning on, you should recognize the symptoms that your car is presenting. Among the noticeable changes there are:

The computer will let you know when a problem has occurred, but we recommend turning off your car’s engine. Next, you should take the vehicle to a mechanic as soon as possible to prevent the damage from spreading.