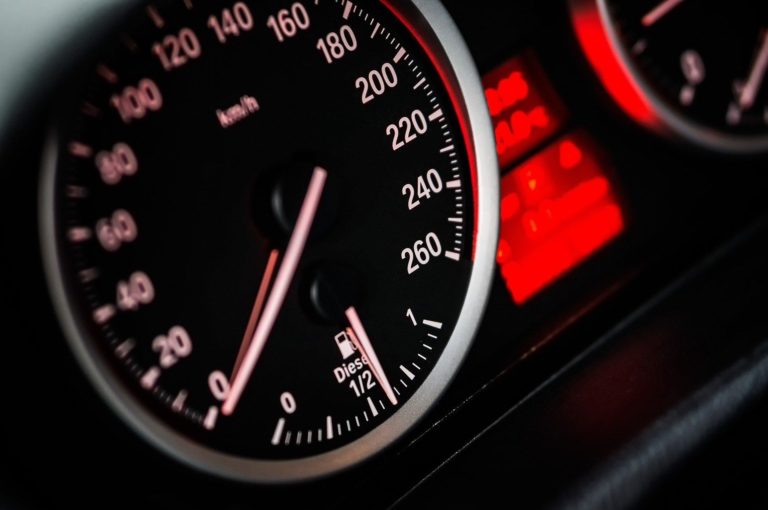 Whether it is because we have more than one vehicle at home and one of them is rarely used, due to certain situations or because your car has run out of battery and you have started it with the help of another car using a clamp, many users wonder if Does Revving the Engine Charge Your Battery?

The answer is yes, but with nuances. As we mentioned in another article, the ideal way to preserve the battery if the car is going to be stationary for a long time is to start it at least every 10 days or so. But we also insisted that the best thing to do is to move the car and drive it, even if it is only a short distance. And not only for the battery but also for other elements: the engine itself, the tires, the air conditioning system, etc.

We will learn the various advantages of charging the battery by accelerating the engine, from engine temperature to alternator amperage.

Does Revving The Engine Charge The Battery Faster?

The fact that accelerating the engine (even in neutral) accelerates the rotation of the engine crankshaft improves the rate of conversion of mechanical energy into electrical energy and, in theory, should result in faster battery charging.

A lead-acid battery in an automotive application will not normally have such a low state of charge that it requires anything more than the available alternator amperage while idling. This is due to the fact that engineers build systems in such a way that the battery remains charged.

It is possible to have a dead (or partially dead) battery for many reasons. In this case, the lower “state of charge” will mean that the battery will draw more current than the alternator generates when the engine is idling. Until the battery cells are fully charged, the lower charge level of the battery can be compared to a suction, which draws as many amps of current from the battery as is accessible.

Does Revving A Car Charge The Battery When Jumping?

Yes, the voltage produced by an alternator is fairly constant, ranging from 14.4 to 14.6 volts. The current supplied is more than sufficient to charge a lead-acid battery.

The alternator’s output current depends largely on the alternator’s rotational speed. The higher the speed at which the alternator rotates, the greater the amount of current it can generate up to its design limit. This is usually about 2,000 engine revolutions per minute.

When the battery jumps, connect the cables and start the engine for about 5 minutes at approximately 2000 RPM. This does two things. First, it heats up the depleted battery, and the increased temperature causes the chemical process to accelerate further. Second, it charges the surface charge of the depleted battery, which helps it last longer.

Note that when trying to charge the battery or jump-start another vehicle, it is best to turn off the headlights, radio, interior lights, heater or air conditioner, and other accessories to reduce the amount of voltage your car is trying to draw and, at the same time, try to maximize the voltage output to the battery.

How To Rev Your Engine

2. Wait For The Oil To Circulate Through The Engine

While it is generally recommended to wait a few minutes (ten to twenty seconds) after starting the engine before increasing the engine speed, this recommendation is especially valid when driving at high speeds. It is during this idling period that the engine oil can circulate and properly lubricate all moving engine parts.

Because engine speed increases significantly when accelerating, engine damage is more likely to occur if the engine is not fully lubricated before driving at high speed.

After 10 to 20 seconds, the engine oil has passed through the engine and is providing much-needed lubrication to the engine’s moving parts and internal components.

After parking, gently depress the accelerator pedal to increase the RPM indicator. Alternatively, you may accelerate the engine while the vehicle is in neutral; however, make sure the other foot is firmly planted on the brake, as the vehicle may roll from side to side in neutral.

When starting the engine, make sure that the speed does not exceed the red zone on the tachometer (see illustration) (we will discuss the dangers of the red zone in detail later).

Once you have reached a comfortable engine speed, simply release the throttle and the RPM indicator will return to its idle position.

Is It Bad To Rev Your Engine?

You may be wondering how accelerating the vehicle at this time will affect the engine. Although accelerating the car seems to be beneficial, doing so may put unnecessary wear and tear on the engine, so it is best not to do it on a regular basis.

Consequently, it is preferable to avoid frequent engine starts. If you do so regularly, you are unlikely to damage the engine, as long as you start it only briefly and avoid reaching redline.

Is It Bad To Rev Your Engine In Park?

It is okay to rev the engine when the vehicle is in neutral or parked. But not when it is cold, and do not keep it on the rev limiter. Revving the engine should be avoided at all costs, as it can damage the engine.

The result is that your engine will react in the same way as if you were driving your car.

Final Thoughts – How To Charge Battery With Alternator

To minimize engine damage, limit the engine speed and try to accelerate the engine when circumstances are optimal.