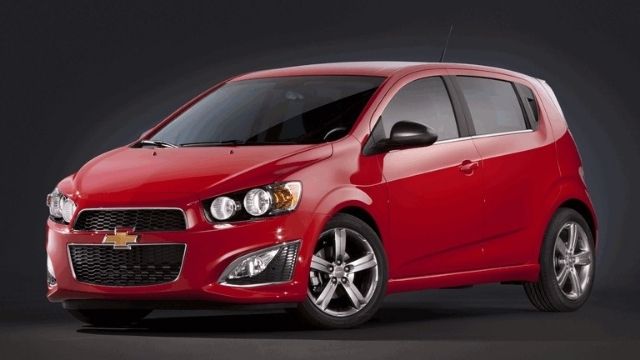 Depending on the model year, you’ll need to use one of two menu interfaces to reset code 82. On older Sonic models, the task is performed via specific menu buttons. The turn signal stalk on newer versions can be used to reset the code. In any case, the procedure is identical.

We have shared the troubleshooting tips for Chevy Sonic Error Code 82. It will help you to fix the error without spending a fortune.

A frequently asked question by new Chevy Sonic owners is “What is Error Code 82 Chevy Sonic?” This signal shows that it is time to replace your oil.

This precisely signifies that the oil life has fallen below the 5% mark. Mostly, you’ll see it for the first time if you or the oil shop neglected to reset the oil life meter.

1. It Keeps Your Engine Clean

When oil is injected from other sources, dirt and other particles begin to collect within the engine. If you fail to change your oil at the recommended intervals, sludge will accumulate in your engine.

Those who live in drier, dustier environments will have an increased number of particles passing through. Changing your engine oil and filters on a regular basis will remove any of these hazardous particles of dirt and debris from your engine before they may cause damage.

2. Increases the Probability of a Longer Engine Life

Oil is your vehicle’s lifeline. Oil lubricates and safeguards many of the engine’s vital parts from damage. The issue is that oil becomes contaminated.

By changing your oil and filter according to the manufacturer’s instructions, you’ll keep your engine clean and safe while also saving time, money, and stress. A regular oil change will ensure you continue to drive your vehicle for many years.

Numerous critical components contribute to the engine’s operation, including the crankshaft and connecting rods. These rods are in charge of the pistons inside the cylinders of your engine.

Additionally, there is a component known as the camshaft that assists in opening and closing the vehicle’s exhaust valves. Maintaining clean oil in your vehicle’s engine is critical to maintaining all of these components well-lubricated and operating effectively.

You’ll get greater gas mileage if you change your oil on time. Finding a vehicle that is economical on petrol is critical for everyone. Mileage per gallon is affected by a variety of factors, including the environment, the terrain, the driver’s behavior, and the vehicle’s upkeep.

Without proper maintenance, the soot and grit will accumulate inside your engine, which will generate friction. Friction is the engine’s worst adversary when it comes to performance and fuel economy.

Old oil degrades over time as a result of heat exposure. This results in a loss of viscosity and the ability of the oil to lubricate the engine cylinder walls. Essentially, the dirtier the oil, the more difficult it is for it to travel where it is needed.

This sludge begins to accumulate in regions where it obstructs the flow of lubricant to sections in need of lubrication. Another role of oil is to conduct heat away from the engine’s components.

If they are coated in sludge, these parts retain their heat for an extended period of time. Eventually, the engine will run more inefficiently as both gas mileage and horsepower are reduced.

Passing an emissions test is entirely dependent on the number of tiny particles known as hydrocarbons discharged into the atmosphere. If you do not change your oil on a regular basis, unclean oil generates a buildup of harmful hydrocarbons inside the crankcase sections of your engine.

These are subsequently burned, resulting in an increase in the number of pollutants discharged into the air via the vehicle’s exhaust. Not only will changing your oil on time assist you in passing this mandatory emissions test, but you will also be reducing pollution.

How to Reset the Chevrolet Sonic’s Oil Change Light?

When the engine oil is changed, we’ll reset the system to ensure the indicator illuminates properly. You should constantly keep track of your mileage and change the oil every year or 5,000 miles. Therefore, continue reading to know how to proceed and complete this task.

1. Turn the Key in the Ignition When the Engine is Turned Off

You will not be starting the vehicle. Therefore, if the car has an ignition button while removing your foot from the brake, press and hold the ‘Start’ button for approximately 5 seconds.

Then, tap the menu button once more to reveal that the Oil can symbol. However, if another option such as Tire Learn or Unit appears, you can use the thumbwheel to scroll over it until the Oil can sign appears.

Once you reach there, simply hold down the SET/CLR button on the end of the lever for around two to three seconds, at which point it beeped and reset to 100%.

Thus, you will be free of the Error 82 Code, which is essentially the oil change reminder.

After reading this you can conclude that resetting the oil light is simple and easy. Only you need to ensure that you have changed the oil if it was due. Hence with this, we come to the end. By applying these tips you can quickly fix 2013 Chevy Sonic Error Code 82 as well as Chevy Sonic 2012 Error Code 82.