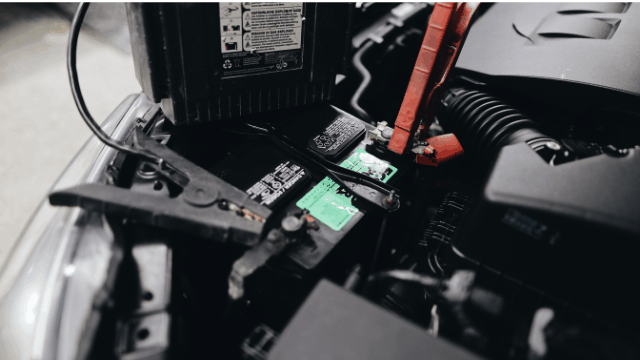 We are all aware that all mechanical and electrical equipment needs energy, which is supplied by a source often referred to as a battery. In other words, this vehicle, which runs on various fuels (such as gasoline, CNG, diesel, etc.), needs batteries for a variety of reasons.

If your car runs on gasoline, you may be wondering what car batteries are really for. The main purpose of a vehicle battery is to initiate the engine starting process. As soon as the vehicle is started, the rotation of the engine will provide power to the alternator, which in turn will push electrical energy into the battery, where it will be stored in the form of chemical energy until the vehicle comes to a stop.

Other tasks performed by a car’s battery, in addition to starting the engine, include turning on the vehicle’s interior and exterior lights, supplying power to the speakers, GPS navigation system, DVD player, and headlights, among others. The battery is a fundamental component of every vehicle, as the facts show.

In this post, we will examine the differences between AC (alternating current) and DC (direct current), the vehicle charging process, and how to identify whether the car battery is AC or DC.

It is essential to understand the difference between AC (alternating current) and DC (direct current) before continuing with the discussion:

The flow of charge that alternates its direction on a regular basis is called alternating current (AC).

When alternating current is converted to a very high voltage, the process is considerably simpler (e.g. 110 kV).

Why do we need to transfer electricity over such vast distances and at such a high voltage level? It is a simple process. Lower current is correlated with higher voltage, and vice versa. Reduced current also means reduced energy loss.

At the same time, direct current (DC) refers to current flowing only in one direction.

Since the direct current flows only in one direction, it is mostly used in electrical devices. The transistor, which is controlled by a unidirectional flow, is the fundamental element of electronic circuits.

In general, any device that is powered by batteries, AC adapters, or USB cables is considered to be DC powered.

Are Car Batteries AC or DC?

The reason is that alternating current (AC) electricity cannot be stored in the battery. There are several reasons for this:

As mentioned above, alternating current (AC) alternates its direction on a regular basis (e.g., up to 50 times per second). For a battery to store alternating current electricity, it must also change the polarity of its terminals at the same rate, which is not possible.

Finally, if we connect alternating current (AC) power to the battery to store AC power, the battery will only be charged during the positive half-cycle and drained during the negative half-cycle. As a result, the average current or voltage over the entire cycle will be 0, indicating that AC power cannot be stored in the car battery.

Although we convert direct current into chemical energy for storage in car batteries, this is too complex for this essay, and I want to make it simple and straightforward for the reader.

Some people may be puzzled as to why this is so, given that an alternator produces a three-phase alternating current (AC).

If the answer is yes. Instead, the alternator’s alternating current output is instantly converted to direct current.

Vehicles powered by direct current (DC) generators were common in the early days, but as automotive technology advanced, the average consumption of cars increased. Eventually, the alternator took over the role of the DC generator.

The alternator charges more efficiently over a wider range of revolutions per minute. By increasing the excitation of the field winding, an AC generator, unlike a DC generator, can produce high power at a low rotational speed.

For this purpose, the alternator is equipped with a full-bridge rectifier. The rectifier converts alternating current (AC) to direct current (DC) by using four diodes (DC). Thus, the current is instantly transformed into a direct current and delivered to the car battery for storage.

The car battery consists of six batteries, each of which generates 2.1 V DC. The additional current generated by the battery is 12.6 V DC, which is transmitted to the various parts of the vehicle for normal operation.

2. How many volts does a car battery need to start?

Having a capacity of 48 Ah means that it can supply 1 amp for 48 hours and 2 amps for 24 hours with the battery fully charged.

4. What voltage is too low for a car battery?

Although the car battery operates at 12.6 volts, voltages below 12.2 volts are considered too low and cannot be used to operate the vehicle on a regular basis. This will not only cause interruptions in the regular operation of the car but will also reduce the life of the battery.

When it comes to automobiles, the electrical system is a complex subject that is often misunderstood. It is important to know that all car batteries are direct currents (DC).

To summarize the whole discussion, we can say that car batteries produce direct currents for the reasons stated above. The most important thing to remember about current is that it is determined by the needs and applications of the various electrical devices; for example, in the case of car batteries, chemical reactions start to produce electricity, but AC electricity cannot be produced due to the change in polarity of the battery.