Can You Use Dielectric Grease On Spark Plugs? [The Answer] | Replicarclub.com Skip to content 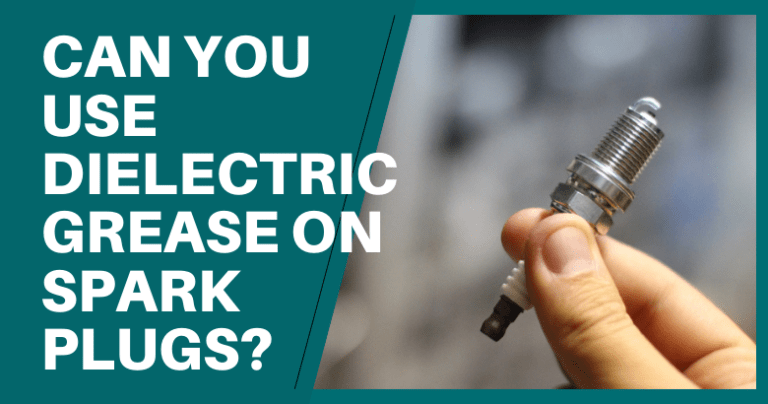 The spark plug of your car is a device to ignite the fuel in the combustion chamber to start the engine. A spark plug has a metallic thread, electrically isolated from the central electrode by a ceramic insulator.

The central electrode generates one or more sparks in the combustion chamber to ignite the fuel and air mixture without losing the pressure. Dielectric grease is also known as silicone grease.

What is Dielectric Grease?

“Dielectric grease”, as the name suggests – is an insulating grease used in car parts, especially in spark plugs to avoid corrosion and to keep dirt, water, and other debris to harm the internal circuits.

How to Apply Dielectric Grease?

Apply dielectric grease evenly in a winding motion inside the boot also. That way high voltage electricity will not be able to travel inside the boot and “leak out” into the engine block.  Be careful to not block terminals.

By applying dielectric grease, the boot will also move easier inside the insulator and create a water and dust-proof seal around it.

Should Dielectric Grease be Applied on Spark Plugs?

Yes! You can and should.

Dielectric grease helps current to flow through the spark plug efficiently without electrocuting your engine block.

Keeps the boot from chemically bonding with the spark plug ceramic.

Stops corrosion and keeps water and dirt to reach the electrical circuits.

Dielectric grease also unclogs the spark plug from the boot, without lubrication, it would’ve been much tougher to get it out the next time around.

Using Dielectric Grease Too Much on Spark Plugs:

Applying a very thick layer of dielectric grease inside the boot could make it impossible for the spark plug to go all the way in.

Putting too much dielectric grease can induce issues with the metal conductors. If the metal terminals are blocked with insulating material, the current will not pass, causing the engine to seize and possibly causing a misfire.

Where to Put Dielectric grease on Spark Plugs?

The BRP handbook recommends using dielectric grease on the metallic threads, but on the other hand, the NGK manual restrains the use as they take account of the over-tightening caused by using too much of it.

Dielectric grease can be used on the boot and is most critical. You should use it on boots to prevent it from arching towards the engine block and electrocuting the other electronics of the car. Using grease on the boot also makes it easier to move and prevents corrosion.

Is Silicone Grease Needed to Use on Spark Plugs:

The use of dielectric grease was necessary for the older models on cars and spark plugs, but as the technology evolved, most of the newer cars and spark plugs from NGK feature a special nickel or zinc-chromate shell plating to prevent corrosion, weathering, and chemical reactions.

The same coating acts as a helping hand during removal. They also claim that most of the complaints they have received associated with their factory dry spark plugs are of breakage, for which they hold dielectric grease responsible. It was claimed that the users applied grease on the spark plugs and overtightened by as much as 20% to cause the breakage.

If you have an old functioning spark plug, do feel free to apply dielectric grease, even for the newer models, as long as you don’t overtighten the threads, you are good to go of the spark

Dielectric Grease is a kind of goopy oil. It’s not likely to go “bad” in two or three years. If you have some dielectric grease lying around, make sure it’s still pasty to use it. You don’t need to check the date, the texture should suffice.

Use any dielectric grease on your spark plugs as long as it feels like grease. Avoid using the grease if it’s dirty to prevent internal damage while operating.

Difference Between Dielectric and Regular Grease:

Dielectric grease is fundamentally non-conductive of electricity, but regular grease might conduct electricity as it was not made for that particular purpose.

Being non-conductive, dielectric grease can block the current flow where required if not applied correctly.

If encased with silicon or rubber, the material of dielectric grease can fuse with the body after years. Which is not at all intended in industrial usage.

Dielectric Grease is applied as sealer and lubricant in spark plugs. It’s not particularly necessary for the latest models when installed for the first time, but after you have tried maintaining it, you need to use silicon-based dielectric grease to lubricate and seal the spark plug from dust and water to ensure a longer life.

While it is useful, too much of it can cause trouble to your engine or it may seize to even start. Always remember to apply it wisely and not on the surfaces where the current is supposed to pass.

Who Makes Primewell Tires?
How Much Does a Car Battery Weigh?
Who Makes Crosswind Tires?
What Color of Rim is Better for a White Car?