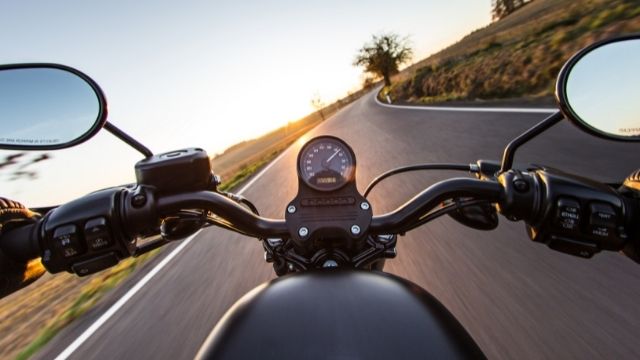 Are you into motorcycles? If you are, you need to know about the Buell Blast. We brought you a complete review of this motorbike, and believe us when we say that you don’t want to miss it.

Details about the Buell Blast

Before jumping into the review, we thought it would be important to tell you a little about the Buell Blast. It was developed by the Buell Motorcycle Company around 2000 and 2009.

The company was founded by a man named Erik Buell, who is a former Harley-Davidson engineer. Moreover, the famous motorcycle manufacturer bought a few shares of Buell Blast back in 1993, and ten years later, they fully acquired it.

At first, these bikes were aimed at beginners. Its design was structured for newcomers, and many of them were interested in purchasing one Buell Blast for themselves.

Also, it was built as an easy-to-operate motorcycle. Years later, Buell integrated new features to increase the power of its models. Among the incorporations, there were:

Furthermore, the Blast’s design was inspired by the Evolution Sportster engine utilized by Harley-Davidson bikes. But, there was a difference because Harley’s rear cylinder was completely removed from the Blast’s models.

In July 2009, Bell announced that the Blast bikes were no longer considered for further development.

We have to start by talking about what many people consider boring, but which really matters. Each component of these bikes is vital to their proper function.

The bikes incorporate an air cleaner designed to complement the Buell motorcycles. Eventually, it led to the Screaming Eagle Carbon air cleaner version.

Besides, Buell Blast bikes also present top-shelf machinery. They used to have Harley wheels as well as brake assemblies. When it comes to the steel frames feature, they have aluminum brackets.

One of the best improvements about the Buell Blast was the weight savings. The company decided to remove 1 front brake in their Buell series, as well as in other variants that use the S-1 and S2 Lightning and Thunderbolt.

Nonetheless, it had to be done after discovering that the brakes didn’t fail after being assembled. Actually, the suspension’s bounce got faster and more controllable.

Uniplanar mounting was also installed to control engine vibrations. Thanks to it, the engine is able to float as a single axis. Meanwhile, the other axis is kept as an extra part.

It features an air-cooled 492 cc single-cylinder engine. Its compression ratio is 9.2:1 and an OHV valve train. Also, its stroke measure is 3.5 inches x 3.13. If we talk about ignition, the Buell Blast presents an electric version, while the induction is a carburetor.

A bike like the Buell Blast has a fuel capacity of 2.8 gallons. Like other models, it can save approximately 64 miles per gallon for city rides. On the other hand, highway rides can save fuel after reaching 73 miles.

The front brake comes with a disc of 12.6 inches. As for the brakes, they have a disc that measures 8.7 inches. The suspension presents a two-sided swingarm, both of them with the same design.

Tires are very important to any motorbike, and the Buell Blast has tires with the following specifications:

As for the rear tires:

Every Buell Blast bike comes with accessories such as:

Conclusion about the Buell Blast Motorcycle

Even though they were developed almost 25 years ago, they are very reliable. A few of its best features are:

Overall, the Buell Blast bike is an excellent motorcycle, and it’s perfect for extremely twisty roads. If you consider yourself a bike enthusiast, then you need to give this bike a chance.

Don’t forget about the bike’s maintenance if you want to keep it for a few years.