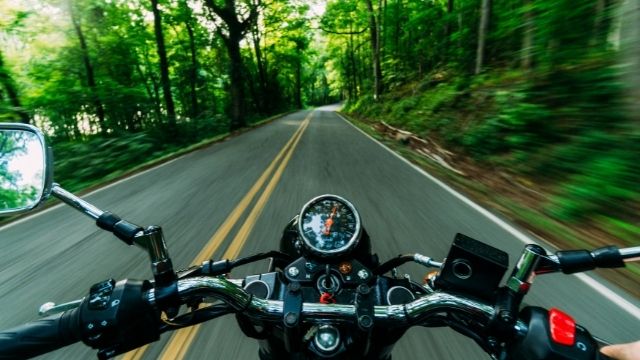 If you are thinking of buying a motorcycle, you should know exactly what you want and how you plan to use it before you make your purchase. This is true for anything from a work bike to a sportbike to a commuter bike.

You’ll use it to commute to work, show it off to your neighbors, go on short trips, long rides, or even cross-continent rides.

The 250 and 300 cc motorcycles have a wide range of manufacturers and types, being the “naked” the ones that dominate the market for their portability in the city. Here you can find a selection of the best.

Read on to find out more about the best 250cc motorcycles and their features.

In this selection, you will find sportbikes, naked, trail, custom, and even vintage, from many brands. It is quite common for brands to use the same engine for different bikes, so if you have a preference for any of the brands we show below, you will most likely find a range of models that pivot around the engine of the bike that we propose.

The Honda CB300R is a high-handlebar naked designed to be a legal dirt bike in many countries. It is inspired by the Honda CB1000R and is intended for comfortable city riding as well as fun on wide roads.

It is powered by a 286 cc DOHC single-cylinder engine with the latest-generation PGM-FI injection, delivering 31.5 hp at 8,500 rpm.

The instrumentation combines a digital speedometer with an analog rev counter and includes items such as engine temperature.

Kawasaki Ninja Z 300 is designed for long trips and duo getaways, in addition to its undoubted urban aspect. 296 cc DOHC twin-cylinder engine delivers 39 hp at 11,000 rpm, while its chassis uses the traditional steel spine from which it hangs.

19-inch front wheel ensures an ideal compromise for use on the road and on dirt tracks on off-road outings. Suspensions include a 41 mm fork and preload-adjustable rear shock absorber, in anticipation of enjoying it as a duo.

The high screen and the standard fenders give it a Dakar look that is accentuated if the optional aluminum side cases are installed. Available in three colors (white, blue, and brown), its price is very reasonable considering its equipment: LED lights, Continental ABS, inverted fork, adjustable rear shock absorber, and USB socket.

Braking is entrusted to two petal discs that stop the whole effectively. Macbor XR3 250 is an adventurous trail bike with a water-cooled 4-valve single-cylinder engine with a balancer shaft, which eliminates vibrations to deliver 24.8 hp at 9,000 rpm.

The Voge 300 AC is a beautiful neo-retro naked that intends to climb the sales charts by virtue of its value for money.

The 292 cc single-cylinder engine with 4 valves and liquid cooling delivers 25.8 hp and 23 Nm of torque for 170 kg in running order. If we add the fuel consumption of 2.9 liters per 100 kilometers, the theoretical range soars to more than 500 kilometers!

Yamaha MT-03 is the representative of the Hyper Naked segment, with an aggressive look that promises strong sensations. Its 321 cc twin-cylinder engine reaches 42 hp (the most powerful of this selection) at 10,750 rpm and 29.6 Nm at 9,000, which gives an idea of the engine’s elasticity.

It has an inverted fork with a diameter of 37 mm and a gold color that, in contrast to the striking color combinations, is an invitation to look at it as it passes by.

The Zontes V-310 shares engine with its sisters, but has been adapted to suit the use that will be given it.

Features include an inverted fork at the front and a full-color TFT display that can be customized and automatically adjusted according to the intensity of the light.

With this model, the Italian manufacturer proves that it does not take a large investment to get a well-equipped motorcycle with excellent performance.

The Benelli BN 251 is powered by a contemporary liquid-cooled engine that generates 25 horsepower. Its appearance is very attractive, drawing attention to its red trellis chassis, which is complemented by an inverted fork and a braking system with the Bosch ABS system.

Hanway offers the Raw 250, being the Café Racer the better equipped of the two due to its inverted fork, its large front disc brake, and its very complete equipment.

It has very basic mechanics, a cooled single-cylinder engine with a performance of less than 20 horsepower.

The visual aspect is the most striking, with a megaphone exhaust that is the most notable, but not the only one.

Hyosung has chosen a single-cylinder engine for its small 250 cc naked, which is unexpected given its responsiveness and performance. Its 28 hp is more than enough to enjoy this bike both in the city and on twisty roads.

Its main advantage is its low weight; it weighs 10 kg less than Hyosung’s previous model, the Comet, which had a two-cylinder engine. It has also improved the aesthetics of the GD250N Exiv, giving it a more contemporary look.

If you’re looking for an entry-level naked bike, the Honda CB300F is a great choice. A modern bike with the most advanced technology in its class and a reasonable price for its high level of finish. Lightweight and controllable, with a contemporary 286cc liquid-cooled single-cylinder engine and a cycle component that ensures unblemished performance.

The KTM 250 Duke is the most advanced model in its category, sharing the cycle component with the updated 125 and 390.

Therefore, we speak of a WP inverted fork first level and a complete braking system with a four-piston radial brake pump and a Bosch ABS system. Another feature is its engine, which produces 30 horsepower from a water-cooled single-cylinder engine.

The Two-fifty 250 has received numerous changes in 2017, affecting its engine and brakes -Bosch ABS system-. Its single-cylinder engine delivers a power of 20 hp, something far from what other competing models offer.

What does ensure this bike is not unnoticed with that off-road image that gives the wide handlebars, the flat seat, the small front fender, and the drawing of its tires.

There is no denying that 250cc dirt bikes are awesome. This is mainly due to the fact that all manufacturers are constantly improving their 250cc bikes.

Overall, each of these bikes has its own set of features that have been carefully chosen to suit each rider’s needs. Now it’s up to you to make a decision. All you have to do is create a list of what you want and then choose the bike that best suits your needs.