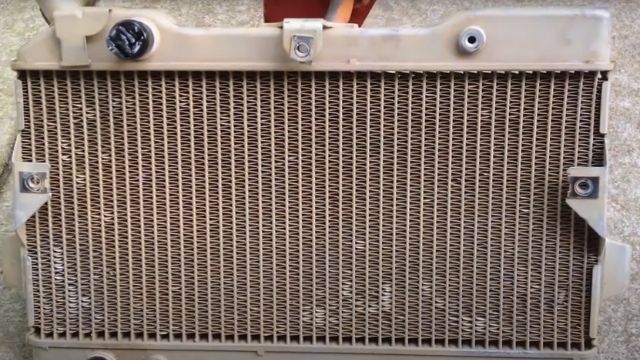 Has your car ever stopped on the road because of overheating? Most probably it is the radiator of your car which is not getting the cooling air that it requires. An overheated car can not only stall the car but also seriously damage the engine.

The radiator cooling fan is mainly responsible for bringing in the cool air and if the fan does not work properly, you will notice a series of problems. All modern vehicles have a radiator fan and usually they work well for a long time. But, are you aware of the signs that you must look for and identify the reasons to know why the car in this condition? Well, there are some symptoms which you can easily identify and take the car to a garage as soon as possible and avoid serious damage.

Some Of The Signs Of A Bad Radiator And Cooling Fan

Before you get your car fixed, you should be able to identify the problem. Understanding the minor signs and indications that your car gives before any problem arises is very important.

The radiator fans are situated close to the radiator and help in maintaining the right temperature. The fans pull air through the radiator slats especially when you keep the car idling or at low speed. Very little air passes through at low speeds.

Cooling Fans And What Do They Do?

Cooling fans have electric motors, and they work like any other electric motor used in other gadgets. The best part is that the cooling fans are easily replaceable, and you can get a new one when the old one fails. The fan spins and generates air and keeps the engine bay well-ventilated. In hot weather and on warm days the fan works harder to maintain the right temperature.

A cooling fan has three major parts which work together effectively.

Many modern engines feature passive radiators. Such radiators keep the car cool in a very different way. Usually, an aluminum block is used that has no moving parts and depends on the airflow over their surface to bring the temperature down. When you work with your car engine you can feel the warmth of the block. This heat is replaced by the flowing air passing over the radiator surface. The cooling fans need to work immediately and effectively as soon as the engine starts up, so there is no overheating of the passive radiators, otherwise, there could be serious damage.

Is there any way you can test whether the cooling fan is working well? This can help you prevent any bigger problems which may be caused if you ignore the issue.

If the radiator fan is not working in your car, there could be several reasons for this. Some of the main causes are:

Q. How long can a radiator cooling fan last?

A. It depends on the car, the weather, type of cooling fan, etc. but on average, a cooling fan can last up to ten years.

Q. What sound does a bad radiator fan make?

A. You may notice loud whirring or clicking noise every time you rev the engine. There may be other sounds depending on the type of damage.

Bad radiator cooling fans can cause severe engine damage. It is important that you are able to catch the problem early and take remedial action in time. Once you learn about the various symptoms of a bad radiator fan, you will be in a better position to handle the problem effectively. Whatever you decide, it is best to not waste much time and get it repaired or replaced fast for the engine to continue working smoothly.