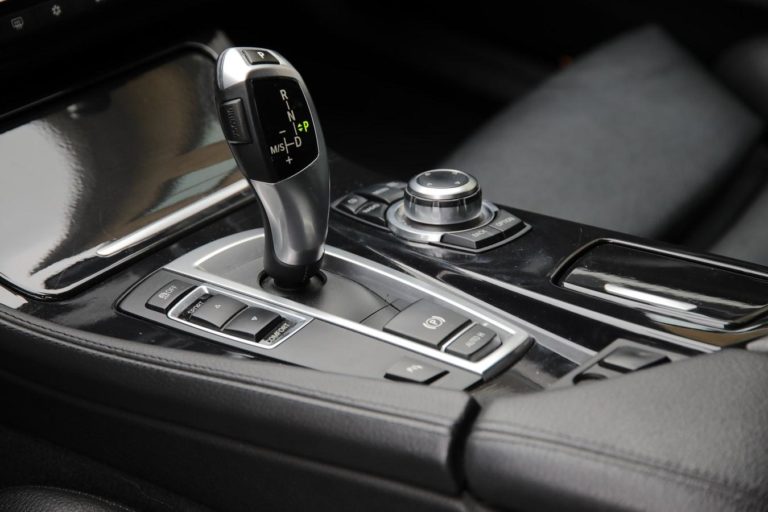 Technological advances mean that automatic transmissions are becoming more and more widespread among the cars on our market and that we see them with better eyes. They are comfortable, efficient and allow us to implement more driving aids.

However, the fact that we interact less with the gearshift does not mean that they are necessarily less maintenance-free or free of mechanical breakdowns. Today we will review the problems of automatic transmissions and their solutions.

There Are Many Types Of Automatic Transmissions

Nor can we forget the continuously variable transmissions, very common in hybrids, but also present in conventional cars – especially in Japanese models. The only common feature among all of them is that they are driven with two pedals, but they have intrinsically different operations. Therefore, we will focus this article on torque converter gearboxes. We will soon devote more space to breakdowns in other types of automatic transmissions.

Here are the 10 most common automatic transmission problems, which indicate a problem that should be fixed as soon as possible.

1) Vibrations when accelerating or idling

In this case, vibrations would be especially noticeable when accelerating with a low or medium throttle load. It is convenient to look at the rev counter and see if the needle oscillates. These “hesitations” can also be caused by engine components such as a dirty EGR or injectors in poor condition, so it is important to isolate the symptoms from other possible faults.

In the case of the gearbox, this would indicate a problem in the drum where the clutch discs are housed or in the transmission input shaft itself. These vibrations or jerks may be associated with difficulty in shifting gears.

2) Transmission stuck in gear or takes too long to do so.

It is one of the most elusive symptoms of an automatic gearbox failure. The failure can be caused by the electronics, or it can be caused by a degraded ATF fluid, at an incorrect level, or that has lost properties due to time and lack of maintenance. The consequence is an inadequate pressure in the torque converter, by defect or excess. The lack or excess of hydraulic pressure will prevent the clutch discs from performing their function correctly and the gearbox will behave erratically.

This problem usually occurs when hot, and also when shifting from D to neutral or reverse. The knock is usually caused by a problem in the valve body of the automatic gearbox. The failure of these solenoid valves may be indicated by a fault signal if the car is sufficiently modern.

The valves are integrated into the mechatronics of the gearbox – they are controlled by electronics, but are mechanical components – and troubleshooting would usually require the help of a professional.

4) It does not move, neither forward nor backward.

If the car does not respond to our inputs and is unable to move in any direction, the most plausible is that we have a failure in the oil pump of the gearbox itself. With no oil pressure, the torque converter will not be able to transmit the engine power to the gearbox clutches, and we will literally not be able to move.

It can also be caused by a catastrophic failure of the gearbox, but the symptoms prior to that failure would have been noticeable for thousands of miles – it would not be a sudden and sudden failure.

This is a dangerous malfunction – just as it is in a manual car – as we can be left with no response from the car when we need it most. It is a malfunction that will increase and end up making driving practically impossible. In some cases, it could be evidence of a problem derived from a low ATF level, but generally, it will be necessary to open the gearbox and change its clutches.

Houston, we have a problem. A burning smell in the car is never good news. If the smell is coming from the transmission, chances are we have overheated transmission oil. ATF fluid degrades at elevated temperatures and loses lubricating properties.

You can imagine the result: accelerated wear due to excess friction, metal debris inside the gearbox, and all the problems that come with it. Run to the workshop to solve the problem, and drive your car as little as possible if you detect the problem.

We may be dealing with a wear problem in the pinion gear, or we may be talking about generalized wear that motivates the need to rebuild the gearbox. A rebuild should not be necessary before 250,000 km of the conventional use of the car, and in many cars, it may never be necessary.

However, it is an expensive operation with a bill that will run into the four figures. It is therefore very important to change the transmission fluid (and its corresponding filter) when the car’s manual specifies it – or to bring forward its maintenance – and to follow the manufacturer’s recommendations for use.

It is also not a bad idea to treat the car gently: we should especially avoid aggressive driving when cold – something that will be good for the engine, by the way – since the lubrication of the internal components of the gearbox is not optimal at those times.

A large number of transmission problems appear to be minor at first. If warning signs, such as the symptoms mentioned above, are not recognized and heeded, they can result in very costly repairs. Some repairs are easy and inexpensive, and can save you a significant amount of money over time. If your peace of mind and financial well-being are most important to you, and you experience any of the above automatic transmission problems, contact us or bring your car to the shop for assistance.

Car Overheating Then Going back To Normal
Can You Drive With a Blown Spark Plug?
Are Car Batteries AC or DC?
How Long Do Hyundai Accents Last?