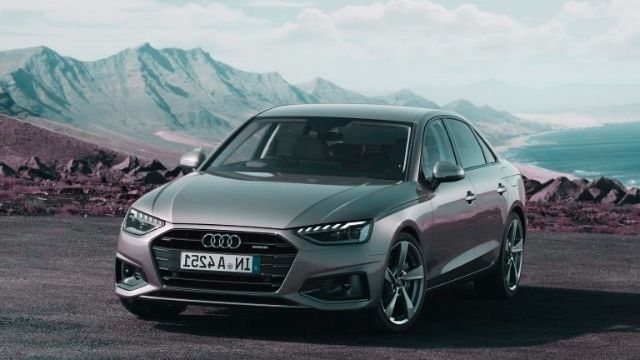 There are different years of production and models of the A4, and we will look at each. If you have the editions from 2008, the battery is found in the car’s boot for easier reach. But for models below, have them stored in the bay of the vehicle’s engine.

If you are looking for the battery of your Audi A4 B5, it is just in the engine bay. When you open the bonnet of your car, the engine compartment is always covered. Take out the engine’s cover, and look towards the part of the engine close to the windscreen, on the driver’s side. The battery is covered with a black cover. Take it out gently so you do not rupture the rubber. When you take it out, you will see the battery of B5 from 94 to 2001.

If you own an Audi A4 B6 and you’re wondering where the battery could be, you’ll see the battery in the engine compartment once you open up the vehicle’s bonnet. The battery is placed in the center of the compartment, close to the windscreen. Now take it easy; the battery used by the Audi A4 B6 is not lightweight. It weighs more than 53 pounds, so be careful whenever you want to remove the battery to make a replacement.

The B8 introduced many changes to the whole look and performance of the Audi A4 series. If you open your bonnet looking for your car battery in the engine bay, you will not find it because the B8 battery location is different. The battery is kept in the boot of the car. When you open the boot, you will need to lift the rug of the boot, and then there’s a cover used to protect the battery. After you take out the cover, you will see the battery protected by a metal lid.

This model is known to be one of the best models of the Audi A4 series because of the look and performance of the car. If you want to replace the battery of this vehicle, the battery is found in the boot, similar to the B9 model. Once you open the boot, you will need to light the rug of the boot to one side and then start to open up the covers till you get to the battery. The battery of this model is quite heavy, so when you want to take it out, you have to be careful.

How do I Replace the Battery of my Audi A4?

You will most likely need a wrench to loosen the bolts of the battery’s positive and negative connectors. Once you have done this, please remove the battery safely and carefully. Some of them are heavy, especially the B6 and B7 models. Once you’ve put the new battery, you will need to tighten the nuts back.

After tightening the nuts, kick the car to test if the car will come on.

How do I Choose the Right Battery for my Car?

The Audi A4 series is a beautiful car model, and many people who love Audi like to opt for this option. The car is beautifully designed, and the engine of the car is smooth. All of the functioning of this car is because of the battery and engine of the car.

You must be careful to choose the right battery for your Audi A4. The Audi A4 series battery size is not big, so whenever you want to go for this car’s battery, you need to make sure that the size is a perfect fit for your car. After considering the size, the next thing you need to look out for is the car’s health, especially when buying a used battery, it is always good to check the battery’s health.

Is it Possible to Code the Battery of my Audi A4?

Most people think that coding the battery of their Audi A4 is difficult. But to tell the truth, it is not. If you have the basic tools, you can easily code the battery. You will first need to get a scanner known as OBD-II. This scanner will help you connect the battery to the computer with the cord. Immediately after you connect it to the computer, you will see the code on your computer after starting your car’s engine.

How Long Do Shocks Last?
How Much Does a Muffler Delete Cost
How to tell if you Need New Spark Plugs
Jeep vs Truck [Pick the Best]