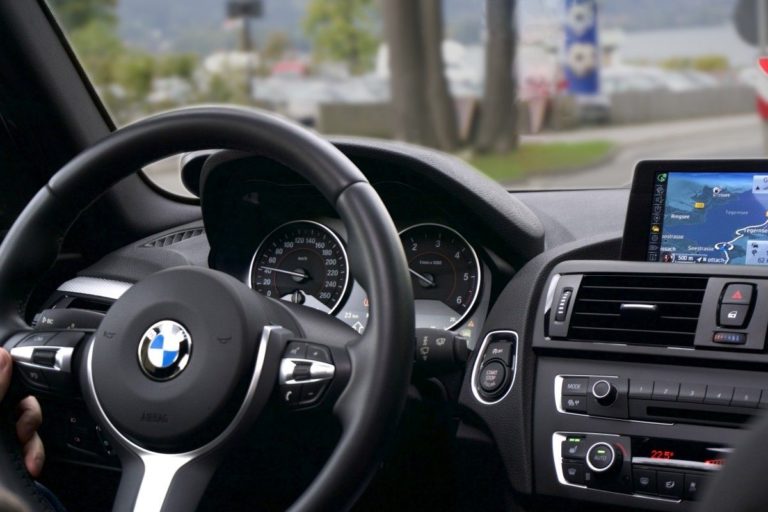 Now in winter we use more heating, an infinitely simpler system since it basically involves using the heat generated by the vehicle’s engine. However, with the increasingly sophisticated air conditioners, the breakdowns that affect you are also more frequent. And since we do not want to die of cold (or heat, if you are lucky enough to live in some beautiful and warm Latin American country), we are going to review the breakdowns that most bring us upside down with our air conditioner.

Not without my air conditioner!

Recharging the gas in the air conditioning or climate control of our car is one of those small trances that we must go through periodically, and that we have completely assumed. So much so that there are many times that the loss of system functionality is actually due to a fault and we insist on going to recharge it instead of requesting a repair from the workshop.

The climate control and air conditioning are responsible for 35% of car breakdowns in summer since it is when they are most used. To get fresh air you need a relatively complex system with some really fragile components, so it is not difficult for a part to break or fail.

In the summer season, more than 35% of failures are related to the air conditioning system

Air conditioning systems have become an essential component of our car, to the point that all cars already have some standard system. We have from simple heating, which basically takes advantage of the heat generated by the heat of the car, to intelligent systems, such as the bi-zone air conditioner with the S-Flow occupant sensor.

This air conditioner, assembled by Toyota and Lexus in their most complete versions and the Prius range, is based on factors such as the occupied seats, the opening of doors, or the external light that enters the cabin to adjust the ventilation and temperature accordingly. Thus, if two people are receiving the heated air and one of them gets out of the vehicle, the S-Flow will automatically adjust the flow so that only the person who is still riding will receive it.

The S-Flow is an example of how much technology has advanced in this field. But although it has gained in reliability and efficiency, most air conditioners are based on the same physical principles, so we will still see many common features in the breakdowns of these systems, whether they are more or less modern. Let’s see which are these most frequent breakdowns.

What’s wrong with my air conditioner, doctor? The most frequent breakdowns

If we go to the workshop with this problem, it is because we have noticed that something “is not right”. But the air conditioner is a series of components that work in a chain and the same problem can be due to many reasons.

Leaks in the gas circuit

Of the most frequent. If we notice that the gas charge lasts a few months (or in the worst case, a few days), we are probably facing this fault. It is generally caused by wear of the pipes , which over time become porous.

If the leak is considerable, we can surely see it easily with signs such as traces of dirt or oil stains. If it is smaller, we will probably have to locate it by charging the system with a special infrared liquid.

If your air conditioner is not working and there are no leaks in the circuit, it is probably a problem with the compressor. The lack of maintenance is the main reason that it fails.

The compressor is relatively simple to repair and, sometimes, a complete replacement is not necessary, because depending on which model there are spare parts for specific parts, such as the clutch.

It is also possible that some component deactivates the compressor, such as the pressure switch or trinary valve if it detects overpressure in the system for a third reason, such as a failure in the fan, dirt in the circuit or high temperatures in the car engine.

Regular component maintenance can prevent most of these breakdowns

The condenser, which is in charge of cooling the gas to turn it into a liquid state, is located at the front of the vehicle, next to the fenders. That is why it is not difficult to break it if we hit our vehicle . Even the “little touches” we give when parking can damage it.

It is also frequent that, due to its external location, the filter of this component gets dirty from insects, leaves or mud. Even if we live in a coastal area, the sand on the beach and the salt in the sea breeze can corrode its components.

If there are no leaks and the compressor works perfectly but cold or hot air does not come out as we want , it may be a problem with the box, where the fan that expels the air into the passenger compartment is located, or with the hatches that separate the air. hot from the heater and cold air from the air conditioner. If they don’t close properly for whatever reason, both air streams will mix.

It may also be that it comes out with the temperature we want but with very little force. In this case, it may be due to a filter such as the pollen that has a lot of accumulated debris and does not allow a correct air flow.

Blockage in the drain

We can often see water falling from our car underneath when we use the climate control. It is the same water that our home air conditioner expels. It is a completely normal and logical effect of the condensation process. Our car has a drain to expel that water from the evaporator box and the heating system.

But if we do not carry out proper maintenance of this part of the system, the drain can be left with traces of moisture that produce an unpleasant smell, a not very serious problem, but very annoying.

As you can see, there are many reasons why our air conditioner can fail, although luckily many of the failures are not difficult to repair. In any case, we always recommend that you put yourself in the hands of professionals, although it never hurts to have notions of what is happening to avoid unpleasant surprises.

And of course, remember that abusing the air conditioning (both for heating and air conditioning) is not good either. Putting the capabilities of the system to the limit triggers a lot, a lot, the consumption of our vehicle and, of course, it is bad for the environment.

The car is leaking oil, what can I do?
Tire pressure: which one corresponds to your car
All About Brakes - Troubleshooting
Bad smell and poor quality air? This summer check the cabin filter