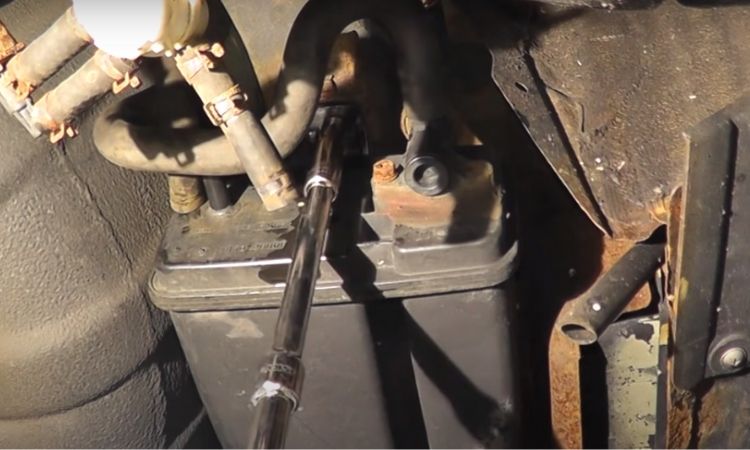 EVAP canister is the most integral part of any automobile system because it controls the vapour leaking into the atmosphere. Damaging this system will severely affect a vehicle’s performance and reduce its performance.

To prevent this loss, it is better if you decipher the initial symptoms of a failing EVAP canister before it’s too late!

We’ve enlisted some of the most significant symptoms to make aware the car owners. Keep reading to know everything.

What is an EVAP canister system?

EVAP, short for Evaporation Emission Control System, is a system that prevents the emission of vapour from the IC engine into the atmosphere and closes it in its system.

Since you know that the governments of different countries launch many atmospheric control standards, EVAP is one such modern system abiding by the standards.

It is located next to the fuel cells and consists of an engine pipe, carburettor, and a crankcase. It prevents the emission of toxic gases like carbon monoxide from these gas sources of the system.

We should see the possible symptoms of a lousy EVAP canister below.

Symptoms Of A Bad EVAP Canister

1. The Problem With Starting The Car

One of the first symptoms indicating a bad EVAP canister is difficulty starting the vehicle. The inability to kickstart the car exhibits a leakage in the vacuum chamber.

Unlike most other problems, it mainly depicts an issue in the canister purge that causes the problem in starting the vehicle.

If there’s a vacuum leakage, unfiltered outside air will enter the internal combustion engine and ruin the air-fuel ratio. Subsequently, the car will not immediately start.

2. The Check Engine Light Will Appear

You know that checking engine lights indicate issues in your car. While you can ignore some warnings, there is a possibility that it is displaying a more extensive problem inside the EVAP chamber resulting in defects.

Regardless of that, we would still suggest you get it checked because a check engine light doesn’t allow you to decipher the exact problem of the engine.

When you get your car on the road and experience poor gas mileage, there is a fair chance it indicates a problem in the EVAP canister. It also represents that the vehicle faces low optimum efficiency and leakage of gas.

It may cause hindrance in the vapour emission and lose a lot of gas, causing low mileage. Poor gas mileage will flush the gas soon and decrease the refilling time of the gas.

4. The sound produced by the engine

Prominent warnings of a bad EVAP canister are weird sounds similar to ‘hissing’ coming out from the fuel tank. When you’re driving your car for a very long period, you’re likely to be familiar with this sound. You can check it by opening your car’s fuel tank.

You will also notice a dash of air coming out of the fuel tank while opening the lid. It further indicates that there are not enough vapours in the fuel tank.

One of the most dangerous and problematic symptoms on the list is the terrible odour or smell near the fuel tank. The fuel system contains highly flammable liquid inside. You will smell it easily by nearing the fuel tank.

Bad smell mostly resonates with a failing or a broken EVAP canister. In this case, you must first examine the fuel tank yourself. If you notice any unusual issue, immediately call a mechanic because the flammable liquid can react with the atmospheric oxygen and cause severe damage to your car.

6. Inconsistent speed of the car

If there is an issue with the evaporative emission control of your car, there will be some inconsistency in its speed or rough idling. Rough idling means the driver cannot maintain a particular rate on the road coupled with some occasional shaking.

When the canister purge valve opens and clogs, a significant volume of vapour is leaked. Therefore, it affects the speed, performance and quality of the car.

7. The problem is fueling up the tank.

When you fuel the gas chamber, the vapours circulate towards the EVAP canister, and the nozzle acts like a seal over the fuel chamber. However, if the canister purge is choked, it will not receive the vapour fuel. There will be a continuous loss of energy if the nozzle of the EVAP canister is broken or damaged.

Since modern cars come with a safety feature to stop the refuelling within the nozzle, you will face problems in fueling up the tank. Call a mechanic or car manufacturer to replace the canister nozzle in this case.

What Is The Replacement Price Of An Evap Canister?

You can also replace a damaged EVAP canister at home, but it is slightly dangerous, because a single mishap may result in an explosion.

We wouldn’t suggest it to you unless you’re professional and well-acquainted with the technicality. Nonetheless, you can find the DIY on YouTube as well.

Replacing is costly, at around $100, but investing here is wise and you get a long-lasting performance.

Evaporative emission control is essential for your car because it is the brain of your car’s engine system. It controls the emission of toxic gases in to the atmosphere and prevents the vapour from leaking.

A damaged EVAP canister will reduce engine performance, and affect the power handling capacity and the vehicle’s speed efficiency.

It is essential to know the emerging symptoms of a lousy EVAP canister so that you can fix it before it’s too late.

Bad EVAP canister signs will assist you to decode the issue and hunting for assistance instantly. You will also be able to replace it yourself with a bit of experience handling such issues.

We hope this guide was helpful!